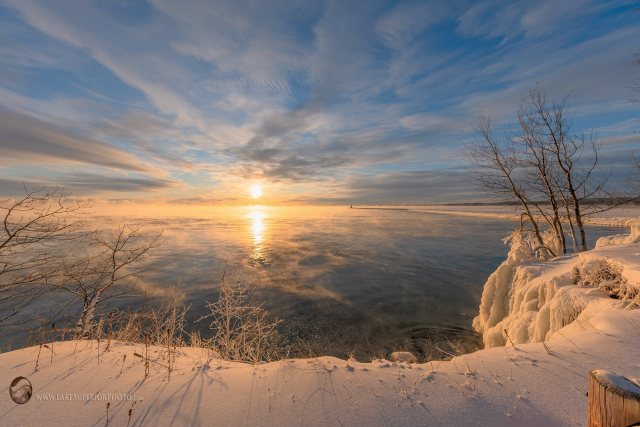 Presque Isle Park, Lake Superior. -19F on the drive in today… fingers freeze in seconds… that winter light tho.