NEW YORK, April 25 (Reuters) – Elon Musk clinched a deal to buy Twitter Inc (TWTR.N) for $44 billion cash on Monday in a transaction that will shift control of the social media platform populated by millions of users and global leaders to the world’s richest person.

The transaction was approved by the board and is now subject to a shareholder vote.

I love all the people who swear they will leave Twitter if Elon Musk becomes the owner. Reminds me of those (probably the same people) who said they would leave the country if Donald Trump won the presidency.

I hope that even my worst critics remain on Twitter, because that is what free speech means 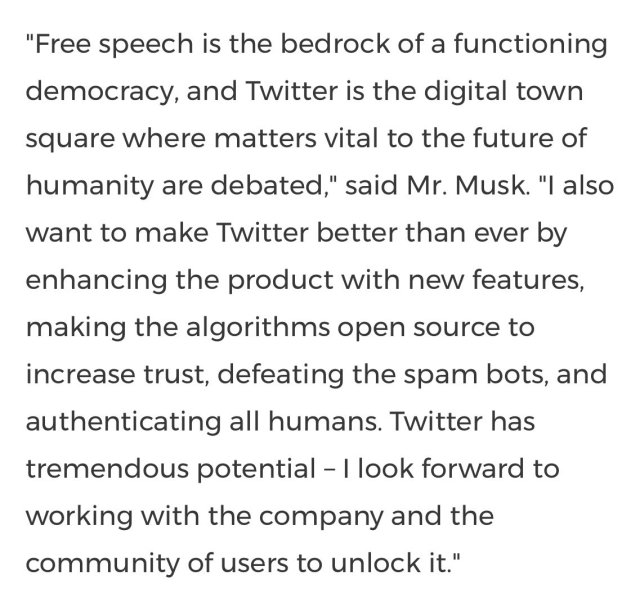