This is a repeat post (redux), but I don’t believe any of these poems can be read too many times! Besides, I need a short rest from politics to think about those things that are more important.

They are varied in topic, mood and complexity, spanning the centuries and my exposure to poets and poetry at various times in my life, and with various people. We read poetry aloud in my home when I was a child, and later when my daughter was a child. I recall reading and studying poets in high school and college. Most poems remind me of one of these times in my life. The sound and composition of poetry is as important to me as the meaning – sometimes more important. Read them out loud to yourself or a friend.

First of all, I have two favorite poems by a favorite poet, Gerard Manley Hopkins. Hopkins was a Catholic, a Jesuit priest, and many of his poems are devotional. That is certainly true of these two poems. Regardless, their beauty of language and form are stunning.

The Windhover is another name for the Kestrel, a type of falcon. This poem is praised as both a great nature poem (about the ‘mastery’ of the bird of prey in flight, as it ‘hovers’ on, and rides, the wind) and a great religious poem (the last six lines, along with the poem’s dedication, liken the majesty of the bird to the masterful power of Christ). Hopkins himself called this “the best thing I ever wrote.” 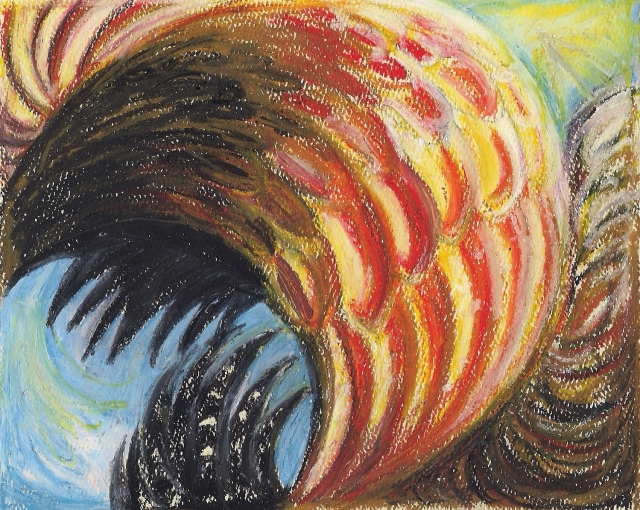 To Christ Our Lord

I caught this morning morning’s minion, kingdom of
daylight’s dauphin, dapple-dawn-drawn Falcon, in his riding
Of the rolling level underneath him steady air, and striding
High there, how he rung upon the rein of a wimpling wing
In his ecstasy! then off, off forth on swing,
As a skate’s heel sweeps smooth on a bow-bend: the hurl and gliding
Rebuffed the big wind. My heart in hiding
Stirred for a bird, – the achieve of, the mastery of the thing!

Brute beauty and valour and act, oh, air, pride, plume, here
Buckle! AND the fire that breaks from thee then, a billion
Times told lovelier, more dangerous, O my chevalier!

My second favorite Hopkins poem is this one about the beauty of  the “dappled things” of God’s creations. 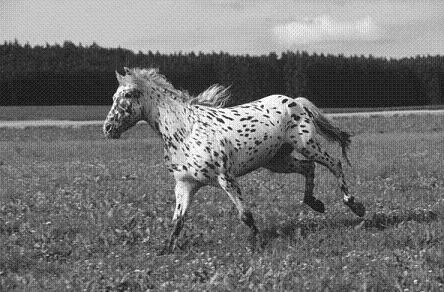 Glory be to God for dappled things –
For skies of couple-colour as a brinded cow;
For rose-moles all in stipple upon trout that swim;
Fresh-firecoal chestnut-falls; finches’ wings;
Landscape plotted and pieced – fold, fallow, and plough;
And all trades, their gear and tackle and trim.

All things counter, original, spare, strange;
Whatever is fickle, freckled (who knows how?)
With swift, slow; sweet, sour; adazzle, dim;
He fathers-forth whose beauty is past change:
Praise him.

The next poem on my list is by Robert Browning. To me, it is a love song to the mountains. 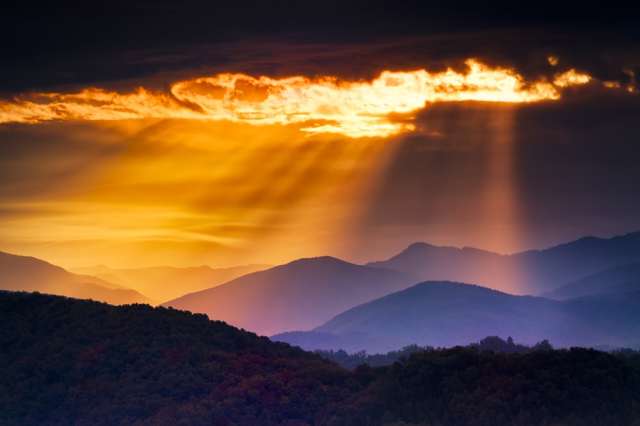 Song from the play, Pippa Passes

The year’s at the spring
And day’s at the morn;
Morning’s at seven;
The hillside’s dew-pearled;
The lark’s on the wing;
The snail’s on the thorn:
God’s in His heaven—
All’s right with the world!

For a while in high school, John Donne was a favorite poet of mine. He wrote on religious themes later in life, but his earlier works are sometimes quite bawdy! This poem is still a favorite. 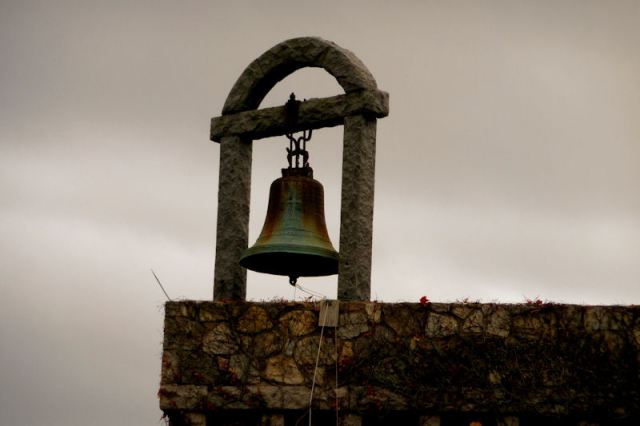 For Whom The Bell Tolls

No man is an island,
Entire of itself.
Each is a piece of the continent,
A part of the main.
If a clod be washed away by the sea,
Europe is the less.
As well as if a promontory were.
As well as if a manor of thine own
Or of thine friend’s were.
Each man’s death diminishes me,
For I am involved in mankind.
Therefore, send not to know
For whom the bell tolls,
It tolls for thee.

I became a fan of T.S. Eliot while in college, and I loved this poem although I wasn’t exactly sure at first what it was all about. Garrison Keillor hates it, which reinforces my belief that I am in the correct camp. The imagery is beautiful. The satire tasty. I’m including only the first two verses here, and LINK to the complete poem. 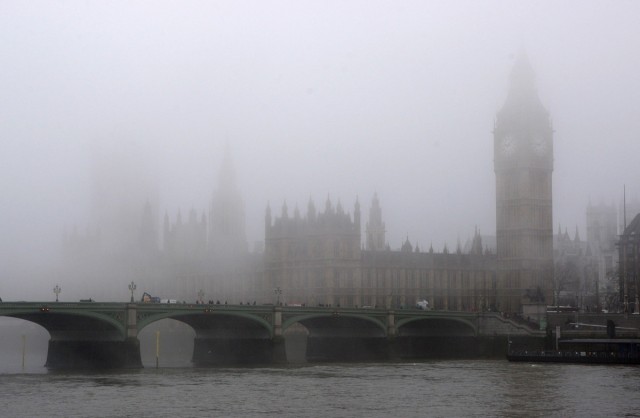 Let us go then, you and I,
When the evening is spread out against the sky
Like a patient etherized upon a table;
Let us go, through certain half-deserted streets,
The muttering retreats
Of restless nights in one-night cheap hotels
And sawdust restaurants with oyster-shells:
Streets that follow like a tedious argument
Of insidious intent
To lead you to an overwhelming question …
Oh, do not ask, “What is it?”
Let us go and make our visit.

In the room the women come and go
Talking of Michelangelo.

The yellow fog that rubs its back upon the window-panes,
The yellow smoke that rubs its muzzle on the window-panes,
Licked its tongue into the corners of the evening,
Lingered upon the pools that stand in drains,
Let fall upon its back the soot that falls from chimneys,
Slipped by the terrace, made a sudden leap,
And seeing that it was a soft October night,
Curled once about the house, and fell asleep.

A love poem by a modern poet, e.e. cummings. I selected this as a reading at my daughter’s wedding, and she agreed it was perfect! That was more than two decades ago, and the love remains. 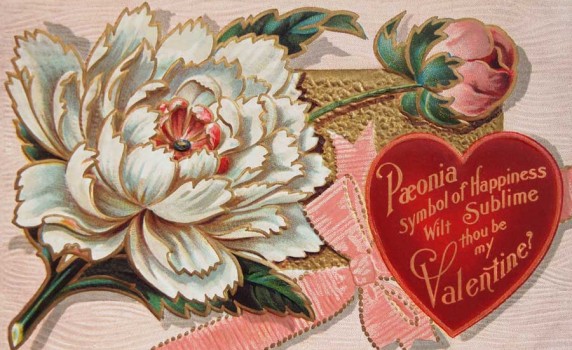 [i carry your heart with me(i carry it in]

i carry your heart with me(i carry it in
my heart)i am never without it(anywhere
i go you go,my dear;and whatever is done
by only me is your doing,my darling)

i fear
no fate(for you are my fate,my sweet)i want
no world(for beautiful you are my world,my true)
and it’s you are whatever a moon has always meant
and whatever a sun will always sing is you

here is the deepest secret nobody knows
(here is the root of the root and the bud of the bud
and the sky of the sky of a tree called life;which grows
higher than soul can hope or mind can hide)
and this is the wonder that’s keeping the stars apart

i carry your heart(i carry it in my heart)

Finally (for the purpose of this post, not my last favorite), a nonsense poem written by Lewis Carroll. My daughter memorized it for school in about 5th grade, and I learned it right along with her. I still remember parts from memory, but not all.

Whether or not Carroll was taking drugs at the time it was written is up for debate. I think not.

According to Wikipedia, this nonsense poem may have been partly inspired by The Lambton Worm, a legend from County Durham in North East England in the UK. The story takes place around the River Wear, and is one of the area’s most famous pieces of folklore. 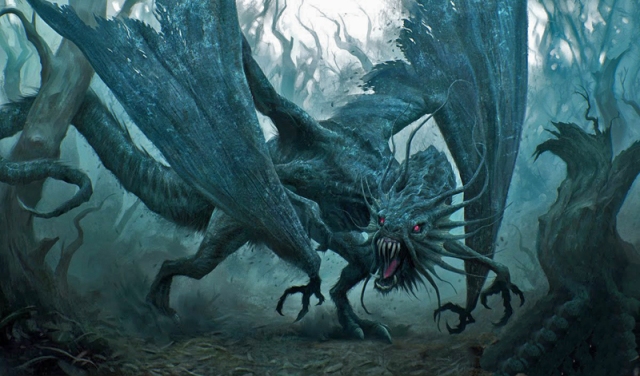 ‘Twas brillig, and the slithy toves
Did gyre and gimble in the wabe:
All mimsy were the borogoves,
And the mome raths outgrabe.

‘Beware the Jabberwock, my son!
The jaws that bite, the claws that catch!
Beware the Jubjub bird, and shun
The frumious Bandersnatch!’

He took his vorpal sword in hand:
Long time the manxome foe he sought —
So rested he by the Tumtum tree,
And stood a while in thought.

And, as in uffish thought he stood,
The Jabberwock, with eyes of flame,
Came whiffling through the tulgey wood,
And burbled as it came!

One two! One two! And through and through
The vorpal blade went snicker-snack!
He left it dead, and with its head
He went galumphing back.

‘And hast thou slain the Jabberwock?
Come to my arms, my beamish boy!
Oh frabjous day! Callooh! Callay!’
He chortled in his joy.

‘Twas brillig, and the slithy toves
Did gyre and gimble in the wabe:
All mimsy were the borogoves,
And the mome raths outgrabe.

This entry was posted in Poetry, The Culture, Uncategorized. Bookmark the permalink.

1 Response to My favorite poems (redux)