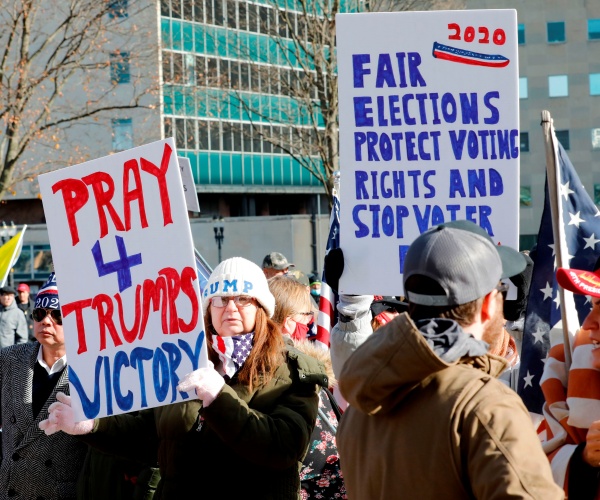 Wayne County Board of Canvassers Chairwoman Monica Palmer and William Hartmann, the two Republicans on the four-member board, filed affidavits Wednesday night saying they had been improperly pressured and claiming Democrats on the board reneged on their promise to seek an audit of votes from Detroit, reports The Washington Post.

The vote to certify the results from the Nov. 3 election is seen as a key step toward finalizing Joe Biden’s victory in Michigan.

Palmer and Hartmann said in their affidavits, published with a report on the website JustTheNews, that they thought they had a firm commitment to the audit. However, Palmer said in her document that Michigan Secretary of State Jocelyn Benson, a Democrat, said later she did not view their resolution that asked for an audit as binding.

“I felt misled,” Palmer told the Post Wednesday before signing the affidavit. “I stand firm in not certifying Wayne County without the audit.” 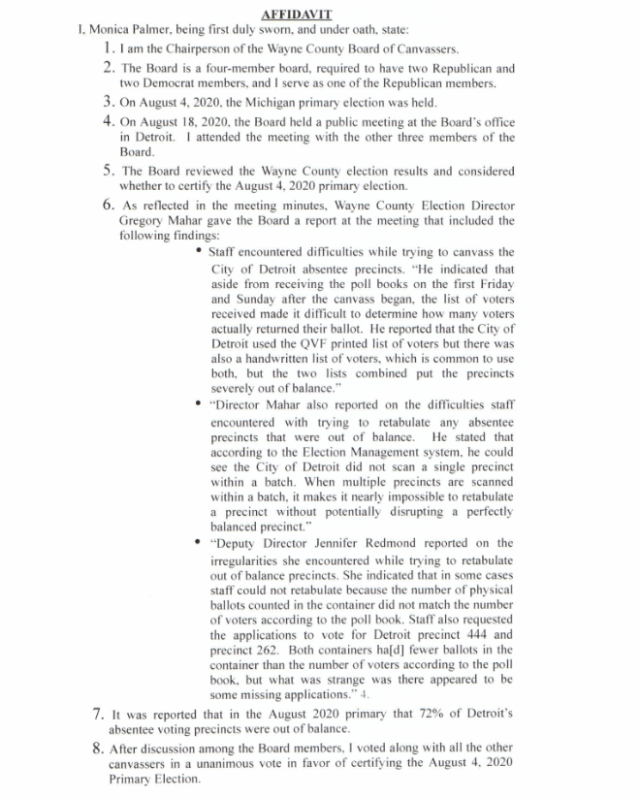 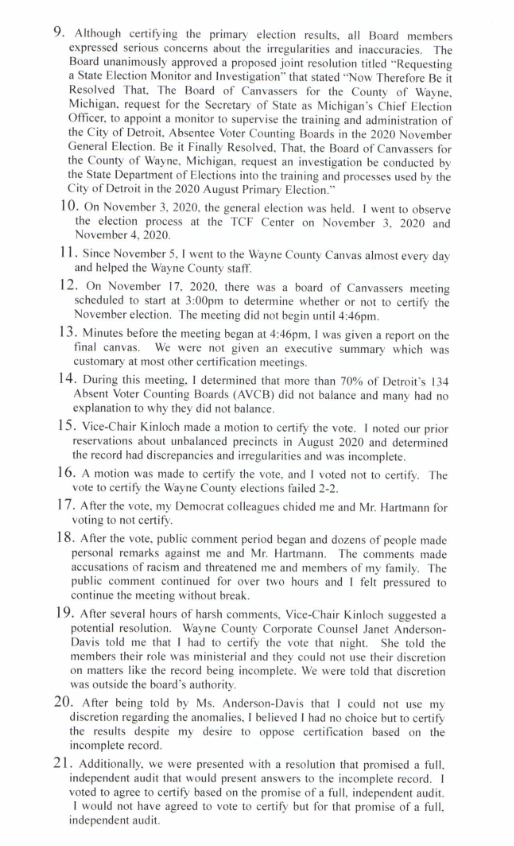 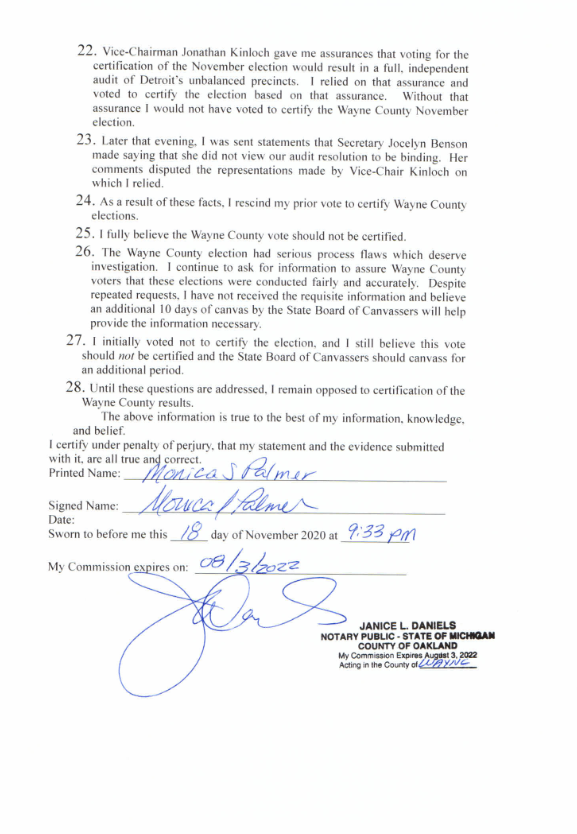 This entry was posted in 2020 Election, 2020 Presidential Race, Vote Fraud. Bookmark the permalink.