Tucker explains how just one year ago the Supreme Court said that laws of this kind are unconstitutional because they bypass due process. In Caniglia v Strom, a lower court had previously determined that police confiscating the guns without a warrant fell under the Fourth Amendment’s “community caretaking” exception, but a 9-0 vote from the nation’s top court struck down that ruling.

Justice Clarence Thomas wrote the unanimous opinion for the Supreme Court, stating that law enforcement can execute “many civic tasks in modern society,” but there is “not an open-ended license to perform them anywhere.”

See this article for details. 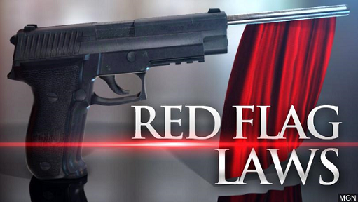 This entry was posted in Amendment 4, Bill of Rights, government corruption, Supreme Court. Bookmark the permalink.