Does this surprise you? The influence of media on public perceptions

A result of media exaggeration. 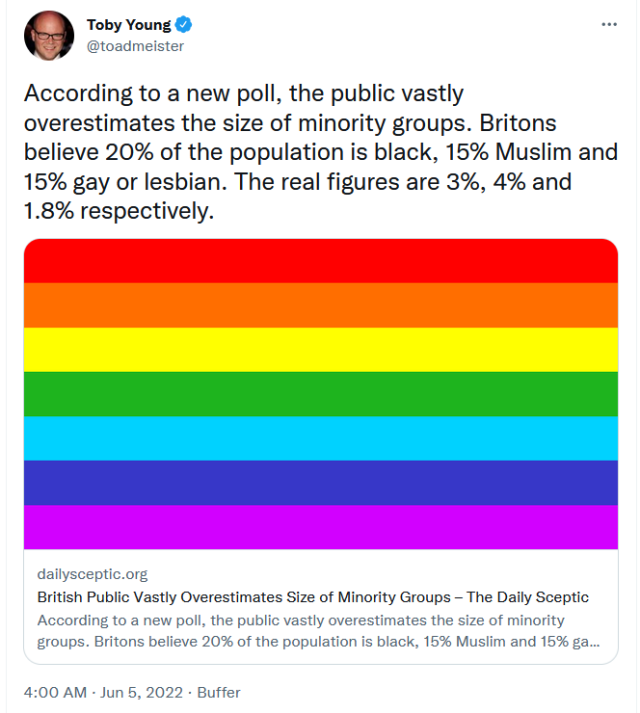 According to the Daily Mail:

When 1,800 people were asked by pollster YouGov how many people were transgender, for instance, they thought it was about five per cent of the population.

In reality, between 0.3 per cent and 0.7 per cent identify as a different gender from their biological sex – the gap between the estimate and the reality appearing to show how the transgender rights debate has skewed perceptions.

While most Britons are white and heterosexual, the poll found many believe the UK is made up of far more racial, religious and sexual minorities than it actually is. When the survey asked what proportion of adults was white, the median answer was 65 per cent – yet the true figure is 87 per cent. 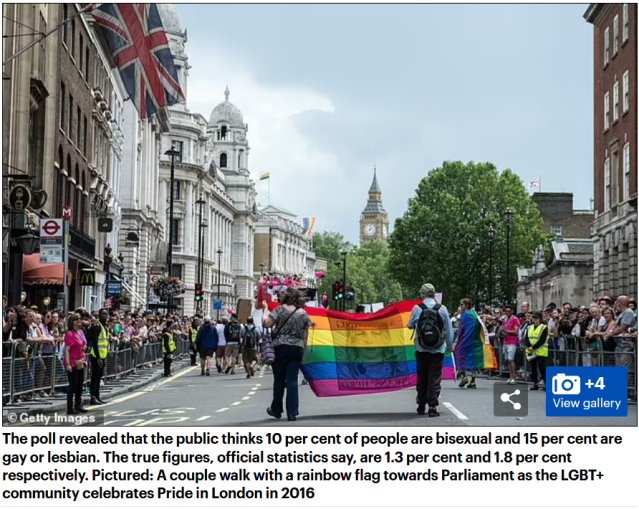 The public also hugely overestimates the number of vegans and vegetarians – suggesting about 20 per cent refuse to eat animal products, when it is just four per cent. Results of the survey, commissioned by the Common Sense Campaign, have been used to gauge the accuracy of minority representation in the media. Those surveyed were asked 16 questions to work out the overall perception of the make-up of the UK.

Tory MP Sir John Hayes said: ‘This distorted impression created by much of the broadcast and online media is so out of tune with the facts as to befuddle people about the true character of Britain. There are, of course, all sorts of minority groups that deserve our respect and regard.

‘The overwhelming majority of British people are drawn from a small number of groups. Media preoccupations with minorities are skewing the facts.’

The same is true here in the USA:

When it comes to estimating the size of demographic groups, Americans rarely get it right. In two recent YouGov polls, we asked respondents to guess the percentage (ranging from 0% to 100%) of American adults who are members of 43 different groups, including racial and religious groups, as well as other less frequently studied groups, such as pet owners and those who are left-handed.

When people’s average perceptions of group sizes are compared to actual population estimates, an intriguing pattern emerges: Americans tend to vastly overestimate the size of minority groups. This holds for sexual minorities, including the proportion of gays and lesbians (estimate: 30%, true: 3%), bisexuals (estimate: 29%, true: 4%), and people who are transgender (estimate: 21%, true: 0.6%). 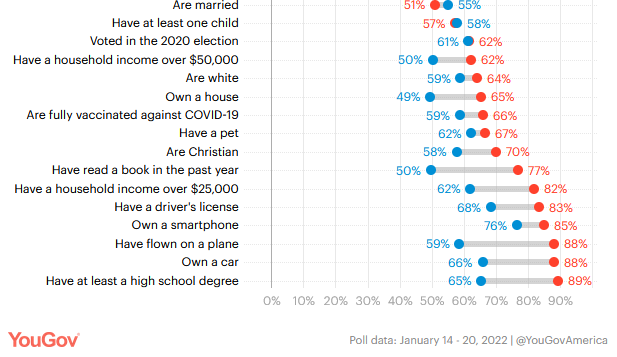 8 Responses to Does this surprise you? The influence of media on public perceptions