Just read two articles about vote fraud that has recently been uncovered in the state of Wisconsin.

The first – and most disturbing – pertains to fraud perpetrated over the votes of nursing home residents. Illegal procedures were allowed in the 2020 election, and there is strong indication that thousands of fraudulent votes were cast. As the investigator said:

“Given that there are approximately 92,000 residents of [residential care] facilities statewide,” Mr. Gableman wrote, “the fact that tens of thousands of illegal ballots from these facilities were counted casts doubts on the 2020 election result.” 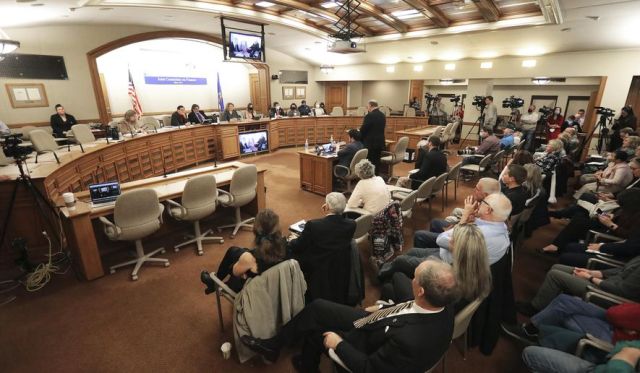 In light of the findings, the investigator said, the ballots from those facilities should be audited.

[. . .] The 136-page report includes eye-popping data of voter participation at dozens of nursing homes and residential care facilities in five Wisconsin counties. The report’s author is Michael Gableman, the lead investigator for the office of special counsel and a former state Supreme Court justice.

The report did not compare the nursing home voting rate in 2020 with the rate in 2016. The overall voter participation rate in Wisconsin was a record 72% in 2020, compared with 67% in 2016, state election officials said.

Son asked how his dad requested and turned in a mail-in ballot, when he doesn't speak or write pic.twitter.com/xPTvMe27XF

The report suggests that all of the residential care ballots were illegal because the Wisconsin Elections Commission unlawfully loosened the rules governing how ballots were cast in those facilities.

[. . .] The report blames the irregularities on the Wisconsin Elections Commission. It said the commission unlawfully ended a requirement that “special voting deputies” deliver the ballots and supervise all absentee voting in nursing homes and other residential care facilities.

The election commission instead allowed facility staff to help residents vote and mail in their ballots. The commission also permitted ballots to be deposited into drop boxes, all in violation of Wisconsin law.

The second case pertains to the millions of dollars that Mark Zuckerberg pumped into the 2020 election pipeline.

The special counsel who investigated the November 2020 election in Wisconsin, determined in a 135-page report Tuesday that the nearly $9 million in election grants  provided to Center for Tech and Civic Life by Facebook CEO Mark Zuckerberg, violated a Wisconsin election bribery law.

Among the eight items that Gableman refers to as “unlawful conduct and irregularities” is this:

2. The Center for Tech and Civic Life’s $8,800,000 Zuckerberg Plan Grants being run in the Cities of Milwaukee, Madison, Racine, 8 Kenosha and Green Bay constituting Election Bribery Under Wis. Stat. § 12.11;

[. . .] “we had the specter of private, dark money—unaccountable to anyone—coming in, and taking an active role in the actual administrative process of our public elections—something that is unprecedented, as far as I know, in the history of this state.”

“At this point, I believe the legislature ought to take a very hard look at the option of decertification of the 2020 Wisconsin presidential election,” he said.

This entry was posted in 2020 Election, Vote Fraud. Bookmark the permalink.