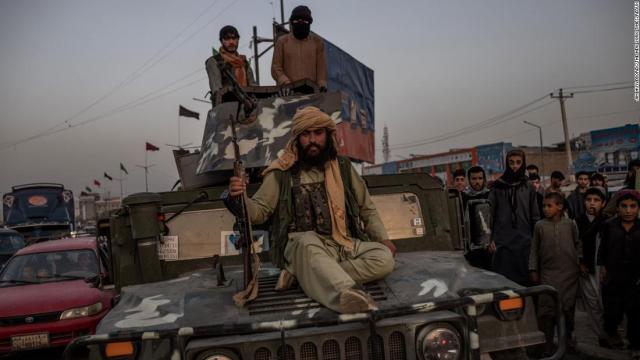 This is humiliating and disgusting. Our Defense Department needs to be cleaned out.

Things are so bad between US and UK forces at Kabul Airport, #Afghanistan, 2 Para have been tasked to observe US forces in case they leave at short notice.

2 Para OC had a screaming match with 82nd Airbourne CO.

Paras VERY unhappy at treatment of Afghans by US forces.

A message from UK Ambassador to Afghanistan Laurie Bristow.

He is still on the ground at Kabul Airport processing visas.https://t.co/eNuEN723fF

So Biden decided to wait until the 20th anniversary of 9/11 to make some kind of political point? (H/T WeeWeed)

Being told the Intel community was on board for May 1 withdrawal. Meant US could withdraw during winter season when Taliban couldn’t mobilize. Biden blew it by making withdrawal for Sept 11. Allowed Taliban to mobilize during summer season.

We once again have blood on our hands. I have friends on the ground in Afghanistan and the Taliban is now rounding up government employees and executing them. In Kandahar area for sure…more intel coming.

Wondering about that U.S. military equipment?

"The Taliban doesn’t have the gear to use the data but the ISI do." https://t.co/U4nWchQ8r5 by @kenklippenstein, @SaraLSirota

PELOSI on gear lost to Taliban in AFG: “This is what happens when you withdraw” pic.twitter.com/aXpSr6EHrS

Scenes at the Kabul Airport:

Meanwhile, what happened to the Bagram Air Base in Bagram? According to Wikipedia:

On 15 August 2021, Afghan troops stationed there gave up their positions to the Taliban, losing control of the airfield.

And the Kandahar Airport?

In May 2021, the Resolute Support Mission departed the base and handed it over to the Afghan military.