I was watching a video this morning by a favorite YouTube cook. I’ll share it here; it’s for Rotel Mexican red rice.

One of the points Glen makes is that professional chefs often take shortcuts when cooking at home for their families.

By the way, I don’t own a rice cooker, but I do now own an Instant Pot, which can be used to cook rice. I have also used it to make yogurt several times, and I hear it is great for quick cooking dried beans.

This morning I used a favorite shortcut to make a pot of chicken and rice soup. I ran across this soup mix earlier this year during the pandemic, and used my last packet today. Since I have enjoyed it so much, I ordered another box of six for my pantry. 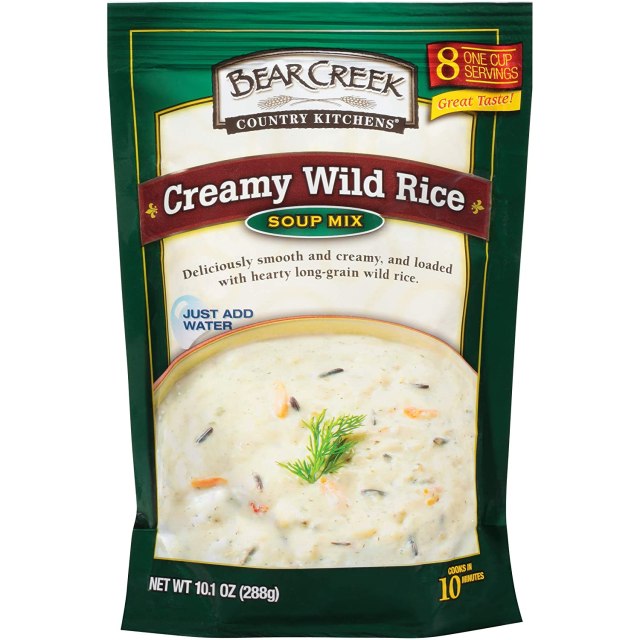 I diced and sauteed some onion, celery, carrot and mushrooms in a large pot, and added one chopped up cooked chicken thigh. When those were cooked, I added eight cups of water and brought it to a boil, then poured in the soup packet and cooked it for ten minutes. Lunch was served! This will feed me for several meals and was so easy to prepare. I’m sure it has more sodium than is probably good for me, but it is so tasty and convenient that I use it every so often.

What are your favorite shortcuts and convenience foods? Also, what is  your favorite kitchen gadget or small appliance (like the Instant Pot)?

This entry was posted in cooking. Bookmark the permalink.