Once again, America comes through

The United States is often the target of “slings and arrows” – not only by those in other countries, but some of our own citizens, some going so far as to rewrite our history to fit their world views.

Yet time after time the USA has come to the rescue of those in need during a catastrophe.

In the news this weekend – as CNN reports:

The Coral Princess cruise ship docked Saturday at Florida’s PortMiami with two guests dead and several others ill from Covid-19, officials said, after a weeks-long search for a port that would let its passengers disembark. 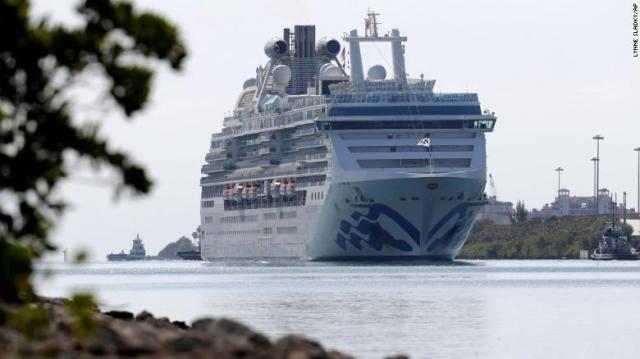 The Coral Princess cruise ship arrives at PortMiami during the new coronavirus outbreak, Saturday, April 4, 2020, in Miami. According to Princess Cruises, disembarkation of guests is expected to take several days due to limited flight availability. Guests requiring shoreside medical care will be prioritized to disembark first. (AP Photo/Lynne Sladky)

This ends a voyage that began March 5 in Chile and was supposed to finish March 19 in Argentina, but it ran on for days as countries declined to welcome passengers ashore during the coronavirus pandemic.

The Coral Princess’ trip was lengthened even though none of the ship’s occupants tested positive for the disease until this week.

It’s still not clear how soon all of the 1,000-plus passengers and 878 crew will disembark in Miami, but some of the most seriously ill will leave first and go to hospitals, Miami Dade Mayor Carlos Gimenez said Saturday.

The ship’s passengers were denied entry by Argentina, Uruguay, Brazil and Barbados before finally docking in the United States.

When I read about this, I immediately was taken back to the 1970’s, when Canada’s Gordon Sinclair made his famous broadcast, later referred to simply as “The Americans”.

On 5 June 1973 he wrote the editorial “The Americans (A Canadian’s Opinion)” – inspired by the news that the American Red Cross had run out of funds because of recent aid efforts in reaction to natural disasters. The editorial praised the efforts of the US to help the world, but said that nobody helped the US when they faced trouble.

This version of Sinclair’s editorial was recorded by Byron McGregor of Windsor Ontario radio station CKLW, with a preface by Casey Kasem (a Detroit native.)

We should never forget that our country, with all of her flaws, is still the greatest country on earth! That is because our people are among the kindest and most generous and, when the detractors spit on us, we will rise and overcome. 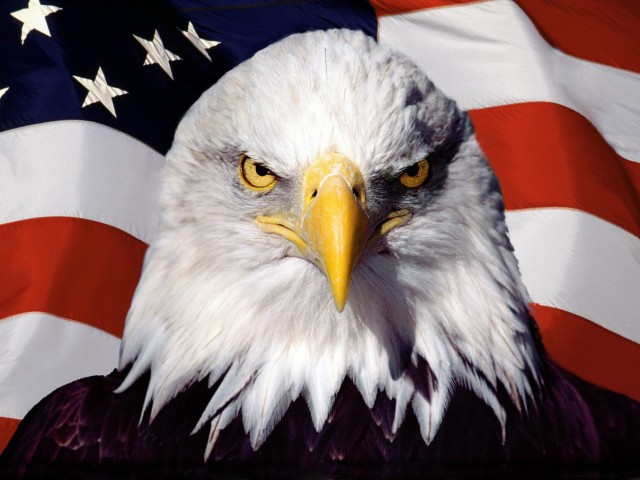 Transcript of the original speech:

The United States dollar took another pounding on German, French, and British exchanges this morning, hitting the lowest point ever known in West Germany. It has declined there by 41% since 1971, and this Canadian thinks it’s time to speak up for the Americans as the most generous, and possibly the least-appreciated, people in all the world.

As long as sixty years ago, when I first started to read newspapers, I read of floods on the Yellow River and the Yangtze. Well who rushed in with men and money to help? The Americans did, that’s who.

They have helped control floods on the Nile, the Amazon, the Ganges, and the Niger. Today, the rich bottom land of the Mississippi is under water and no foreign land has sent a dollar to help. Germany, Japan, and to a lesser extent, Britain and Italy, were lifted out of the debris of war by the Americans who poured in billions of dollars and forgave other billions in debts. None of those countries is today paying even the interest on its remaining debts to the United States.

When the franc was in danger of collapsing in 1956, it was the Americans who propped it up, and their reward was to be insulted and swindled on the streets of Paris. And I was there — I saw that. When distant cities are hit by earthquake, it’s the United States that hurries into help. Managua, Nicaragua, is one of the most recent examples.

So far this spring, fifty-nine American communities have been flattened by tornadoes. Nobody has helped.

The Marshall Plan, the Truman Policy, all pumped billions upon billions of dollars into discouraged countries. And now, newspapers in those countries are writing about the decadent, war-mongering Americans.

Now, I’d like to see just one of those countries that is gloating over the erosion of the United States dollar build its own airplanes. Come on now, you, let’s hear it. Does any country in the world have a plane to equal the Boeing Jumbo Jet, the Lockheed Tristar, or the Douglas 10? If so, why don’t they fly them? Why do all international lines except Russia fly American planes? Why does no other land on earth even consider putting a man or a woman on the moon?

When the Americans get out of this bind — as they will — who could blame them if they said “the hell with the rest of the world. Let somebody else buy the bonds. Let somebody else build or repair foreign dams, or design foreign buildings that won’t shake apart in earthquakes.” When the railways of France and Germany and India were breaking down through age, it was the Americans who rebuilt them. When the Pennsylvania Railroad and the New York Central went broke, nobody loaned them an old caboose. Both of ’em are still broke.

Our neighbors have faced it alone, and I’m one Canadian who is damned tired of hearing them kicked around. They’ll come out of this thing with their flag high. And when they do, they’re entitled to thumb their noses at the lands that are gloating over their present troubles. I hope Canada is not one of these. But there are many smug, self-righteous Canadians.

And finally, the American Red Cross was told at its 48th annual meeting in New Orleans this morning that it was broke.

This year’s disasters — with the year less than half-over — has taken it all. And nobody, but nobody, has helped.

This entry was posted in Current Events, History, Patriotism. Bookmark the permalink.

2 Responses to Once again, America comes through