Most of the photos shown are from A Child is Born (ACIB) by Lennart Nilsson. The author, Nichole Liza, has previously said that:

“At 15, I had my first abortion because I was told it was no big deal, a simple solution, that would give me my life back. What I got was PTSD, anxiety, depression and worse, all of which took years for me to place because everyone insisted abortion doesn’t cause problems.”

“At 18 I got pregnant again and this time, even though I told them I couldn’t handle another abortion, I was harassed, bullied, pressured, coerced, and threatened by family and Planned Parenthood staff into having one. I gave in and it nearly killed me.”

“My recovery took years and years of therapy and inner healing from God, who, incidentally I did NOT believe in before my abortion. I did not believe abortion was wrong at 15, did not believe that it was a life, and I did not know God. And yet i suffered. Because abortion is wrong for humanity, whether you believe in God or not! Your faith or religion or lack thereof does not change the fact that abortions kill and living human being who is growing inside a woman’s body.”

If something is hidden from our eyes, does that make it less real?
Lennart Nilsson may have used a powerful camera to capture this photo of an embryo at approximately 6-8 wks post-fertilization but does that mean we should disregard what this image has to teach us? 1/

As my daughter said: Isn’t it somehow more amazing that this little being, just over 1/2 inch long, is so obviously human, that he or she has hands, feet, eyes, and a heart?!
That we can even see a developing spine:
2/

A fertilized egg is microscopic, but with the proper tools we can witness the fusing of the male and female nuclei.
Because our eyes cannot see something so small, does that mean it’s less important? Or less human? 3/

The Sars-Cov-2 virus is also microscopic, roughly 1/100th the size of an average human cell, and even smaller in size compared to a human zygote.
Yet I don’t see any pro-choice activists denouncing the virus’s significance. 4/

The Weird Way Coronaviruses Assemble Their Offspringhttps://www.hopkinsmedicine.org/news/articles/the-weird-way-coronaviruses-assemble-their-offspring
Something else we know through scientific research and through Nilsson’s work, is how rapidly humans develop. As early as 22 days after fertilization, the newly formed, two chamber heart begins to contract.
Perhaps this should be cause for wonder rather than disregard. 5/ 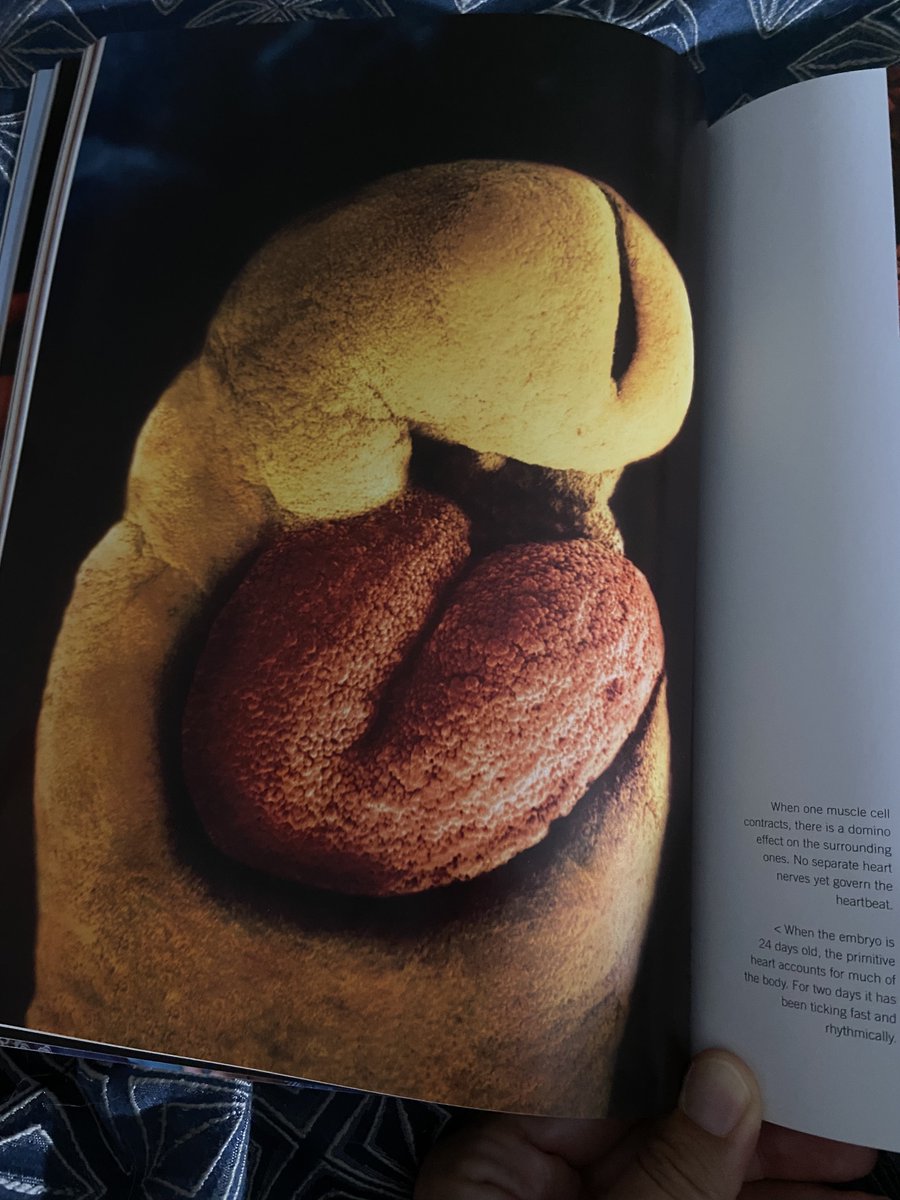 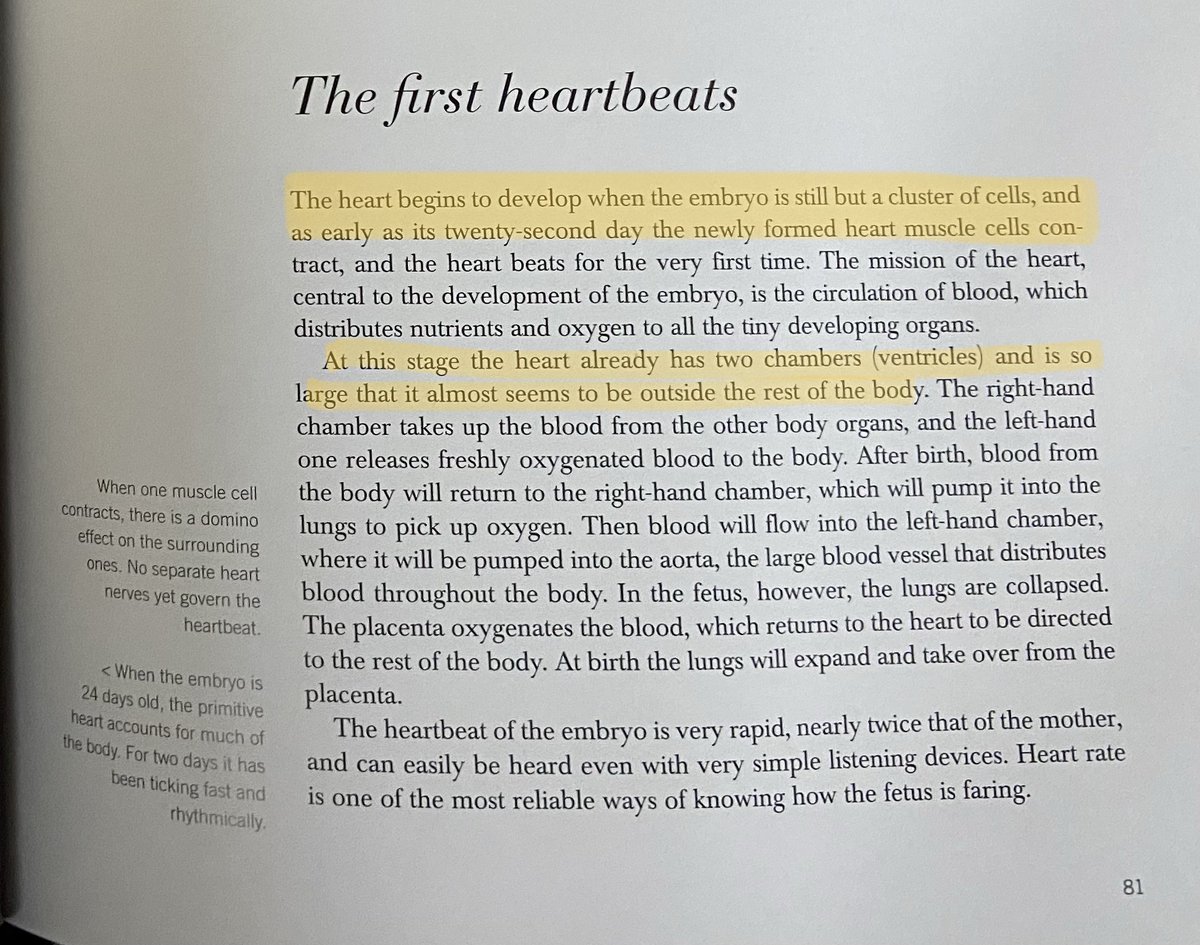 In just a few short weeks, the developing human changes from a fertilized egg into a highly organized embryo with a visible liver and heart. 6/ 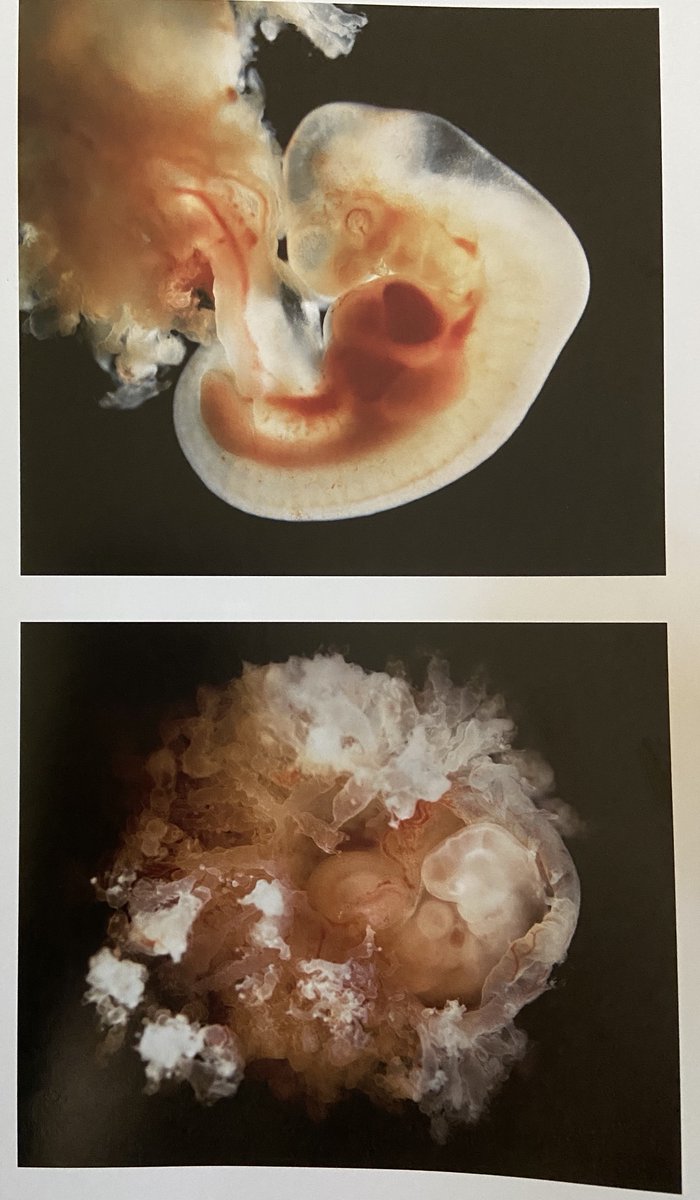 In this photo of an 8 wk embryo, we see similarities to images in a recent Guardian article, except here the embryo is visible, rather than hidden inside the gestational sac as it was in the article.
Look at those little hands and feet! 7/ 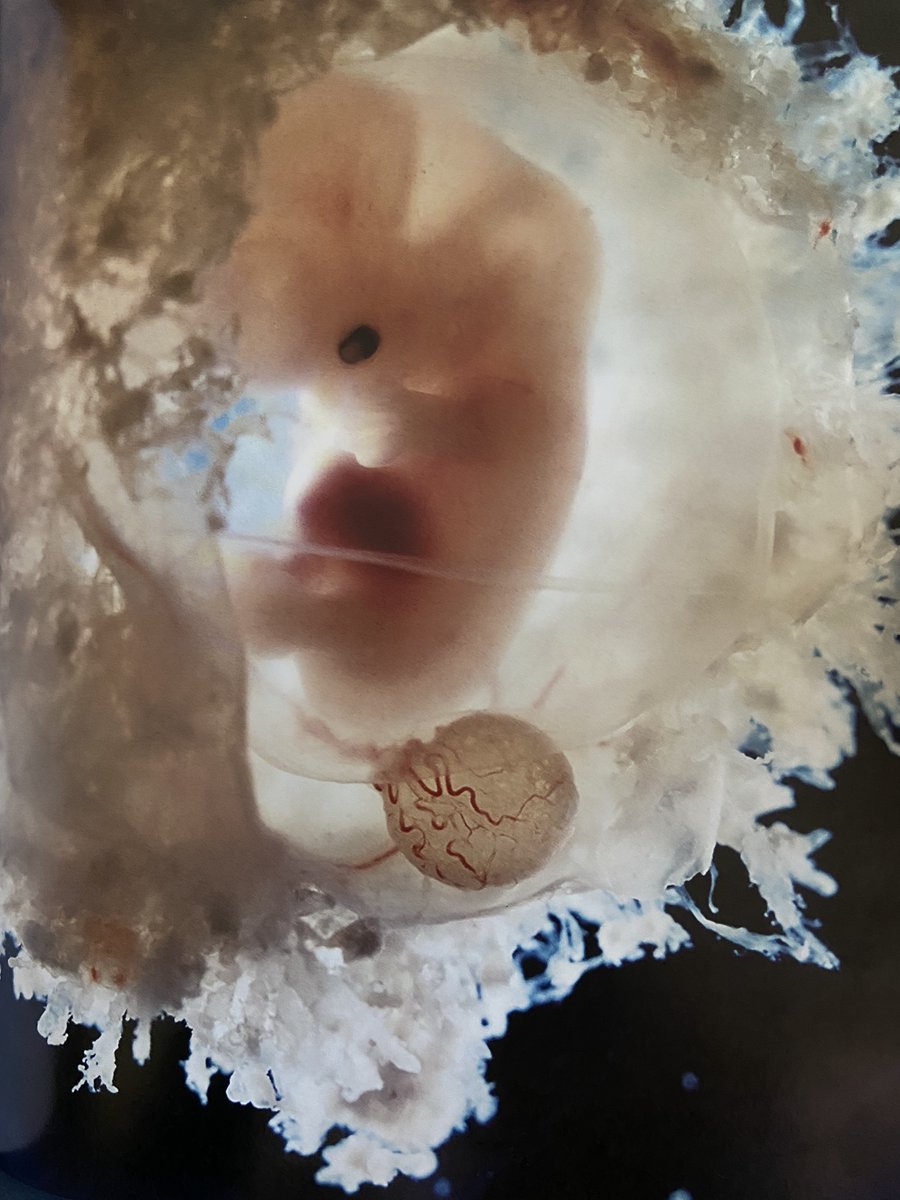 Just two weeks later, the embryo is now considered a fetus, though it has been human at every stage.
Below are pictures of fetuses at 10 wks and 12/13 wks post-fertilization. At this stage a fetus is about the size of a lime or nectarine. 8/ 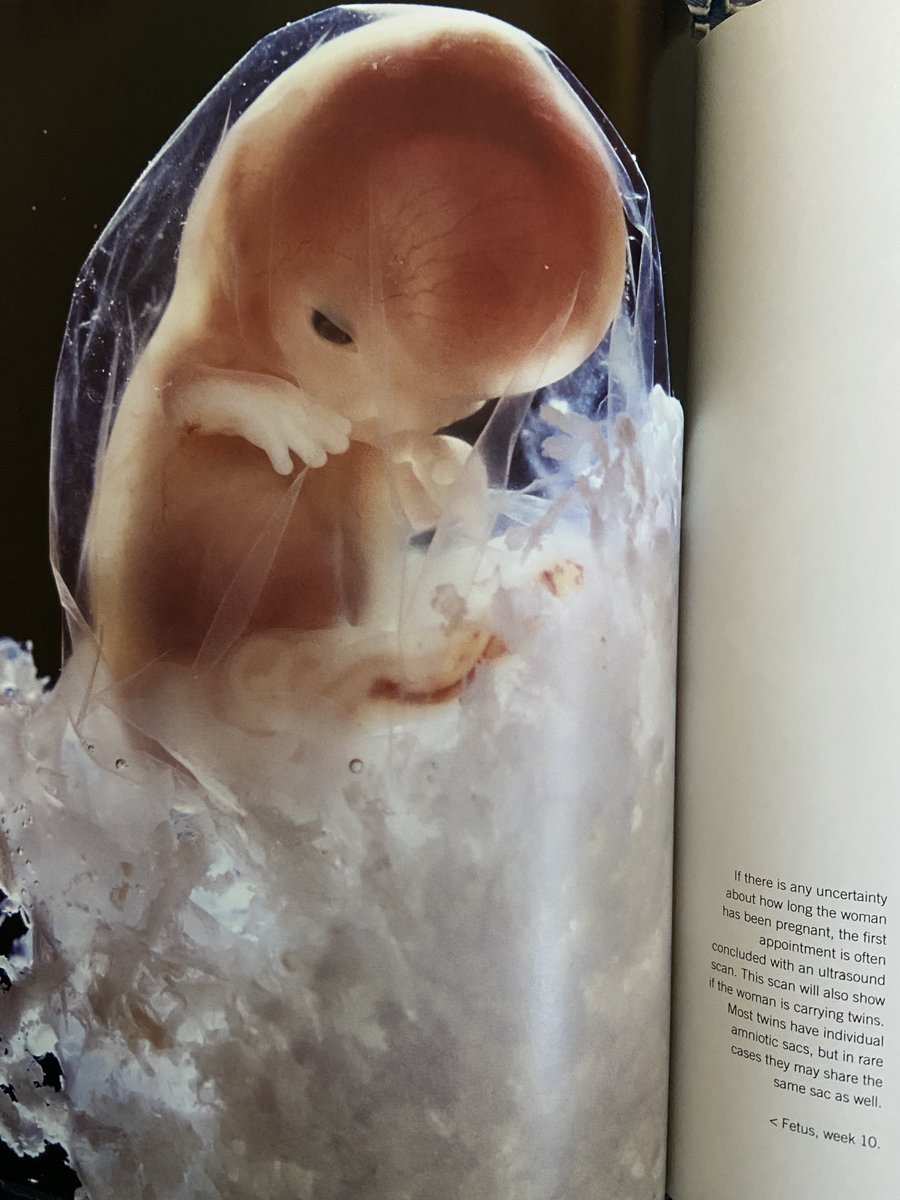 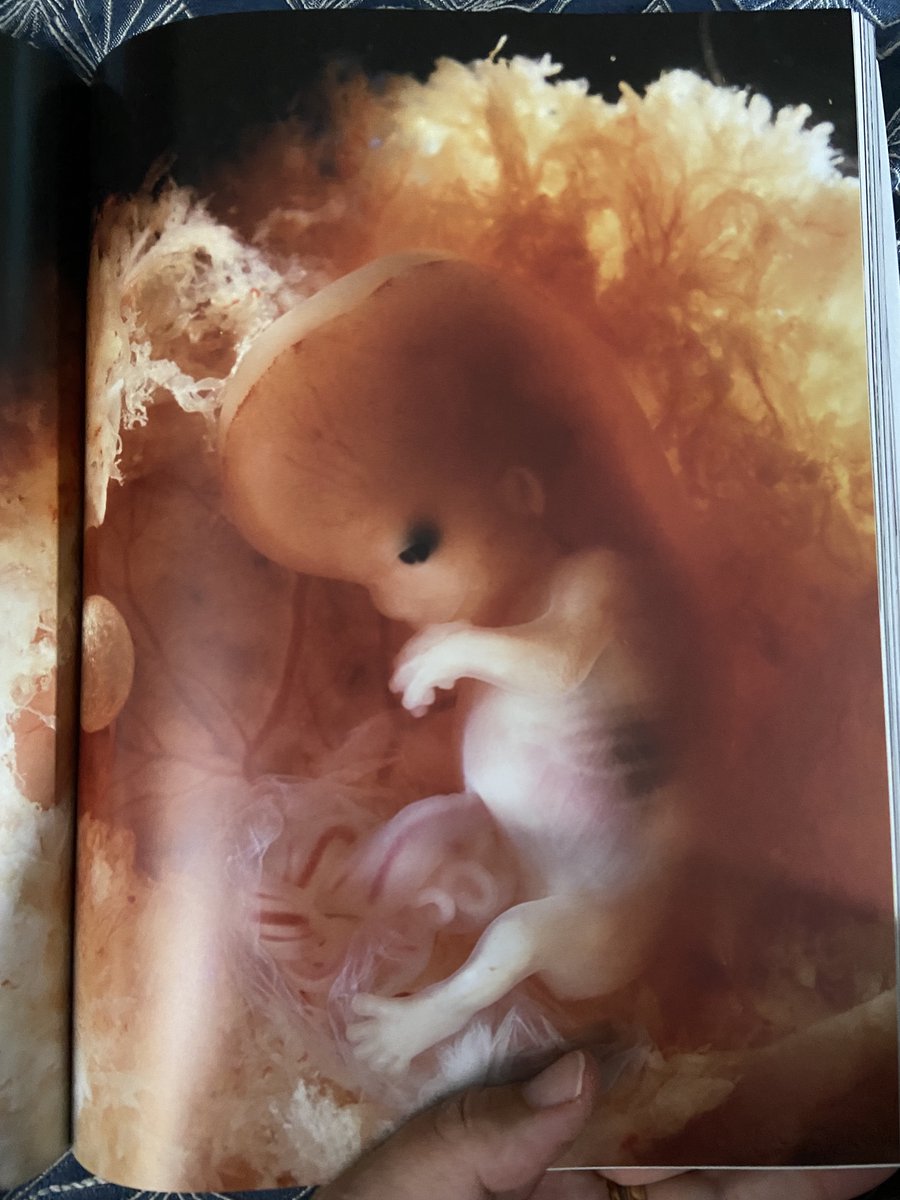 Below is a photo of Baby Nelson, miscarried at 11 wks. While uncomfortable to look at, the image reveals not only his humanity, but also how traumatic it could be for a mother to see a fetus at this stage of development expelled from her body during a chemical abortion. 9/ 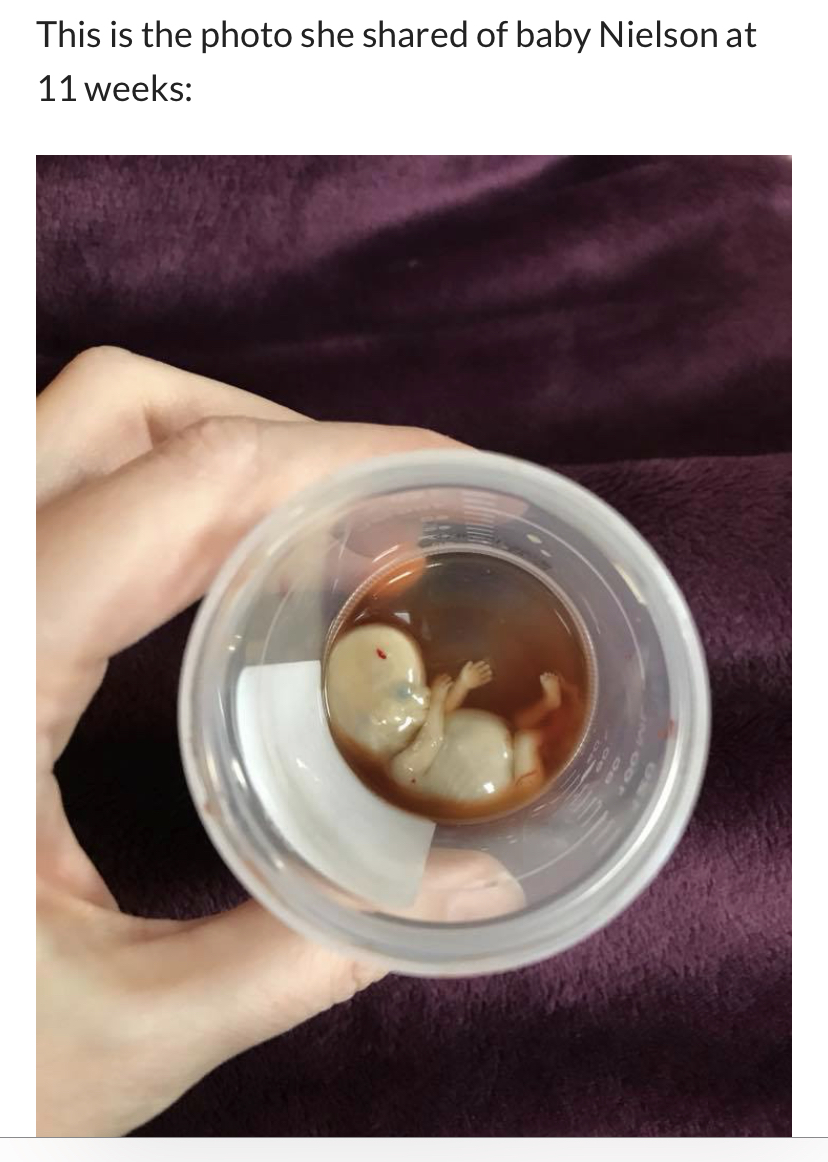 After the first trimester, the fetus is settled in – the risk of miscarriage much lower at this point – and he or she is growing fast. Below are photos of fetuses at 15 and 19 wks post-fertilization: 10/ 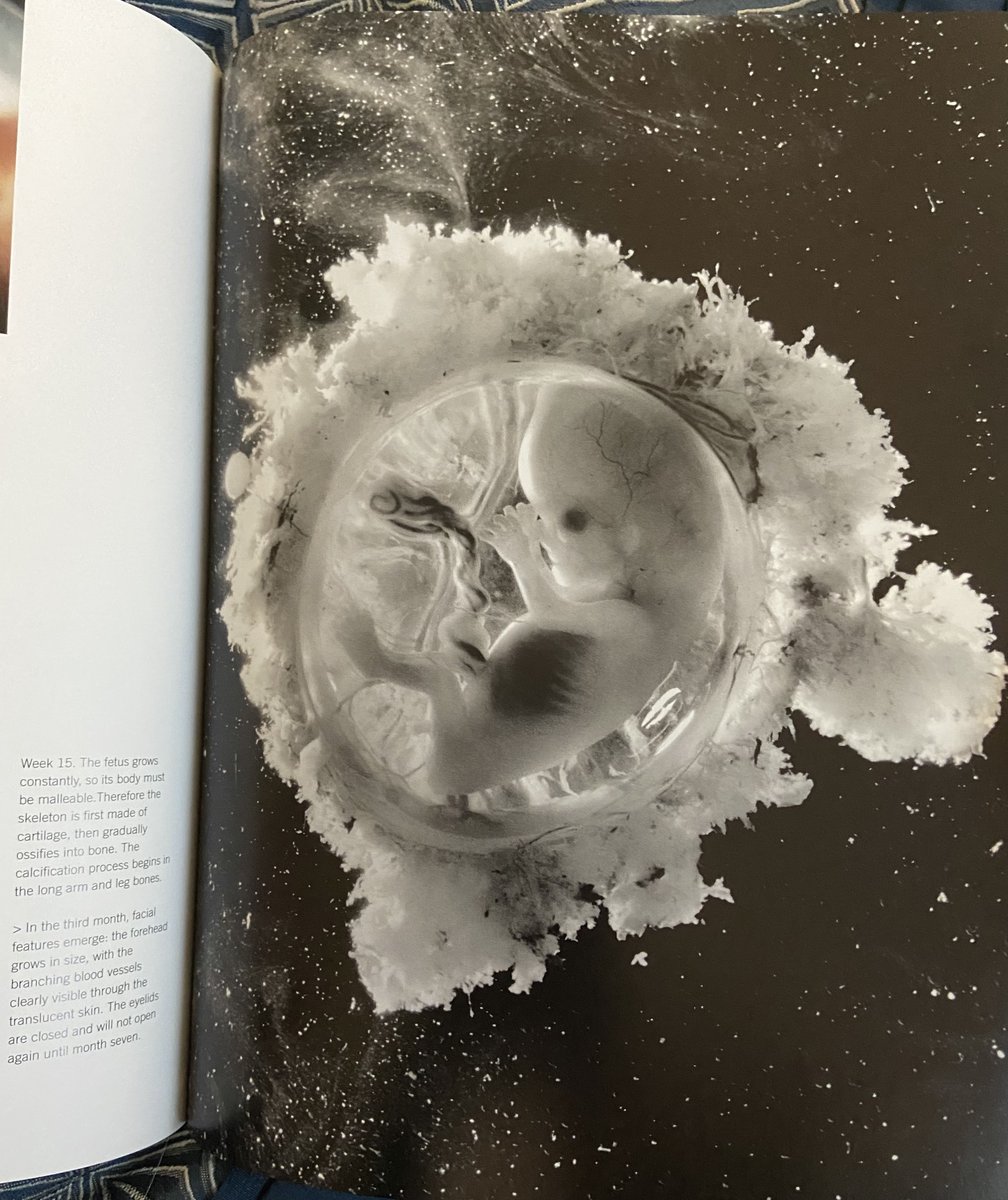 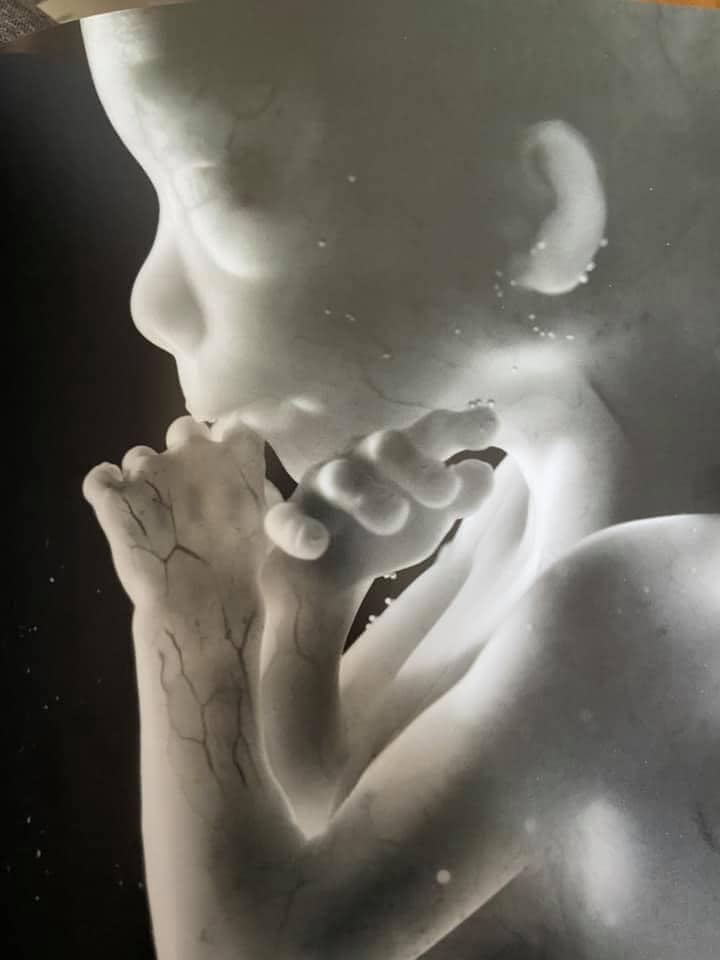 One of my favorite photos by Nilsson is of a fetus at 18 wks and it appeared on the cover of Life Magazine in 1965. At the time, Nilsson’s photos were a groundbreaking look into the unseen world of embryonic and fetal development. They were met with awe and wonder. 11/ 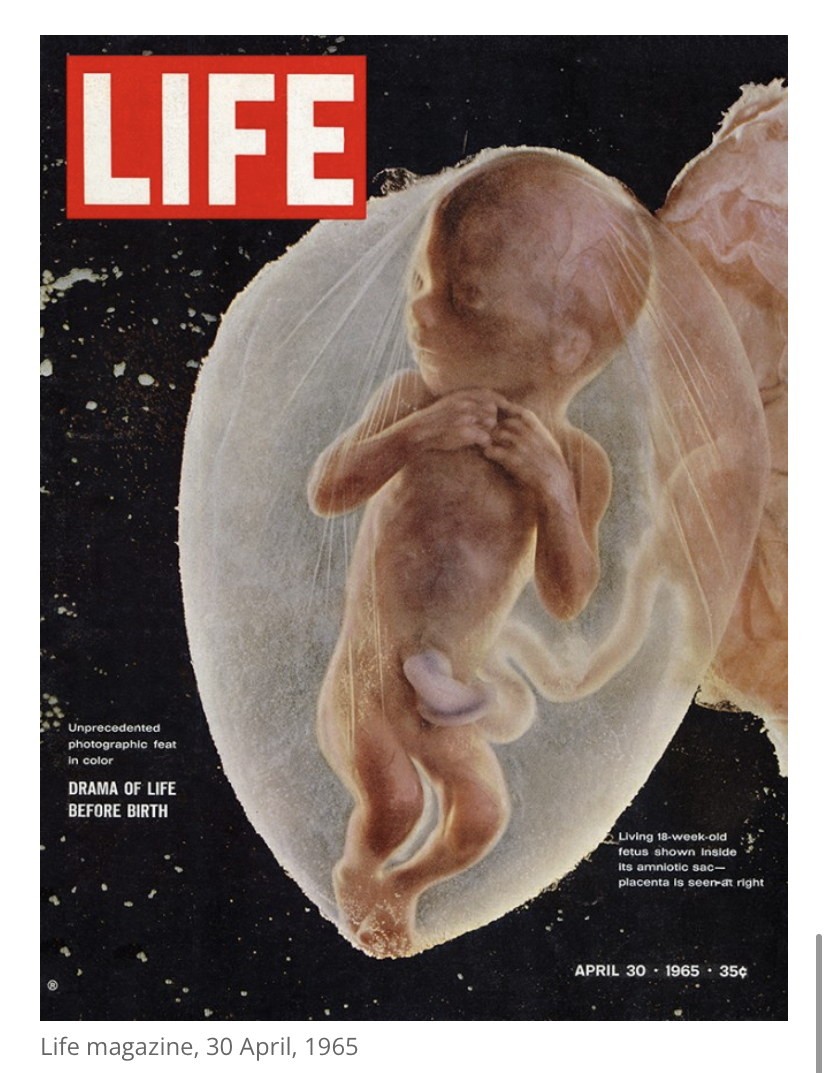 Unless otherwise noted, all the photos I’ve shared here are from the book A Child is Born (ACIB) by Lennart Nilsson. Most of the images use a measurement of post-fertilization, not gestational weeks. These leaves about a 10-14 days difference. 12/ 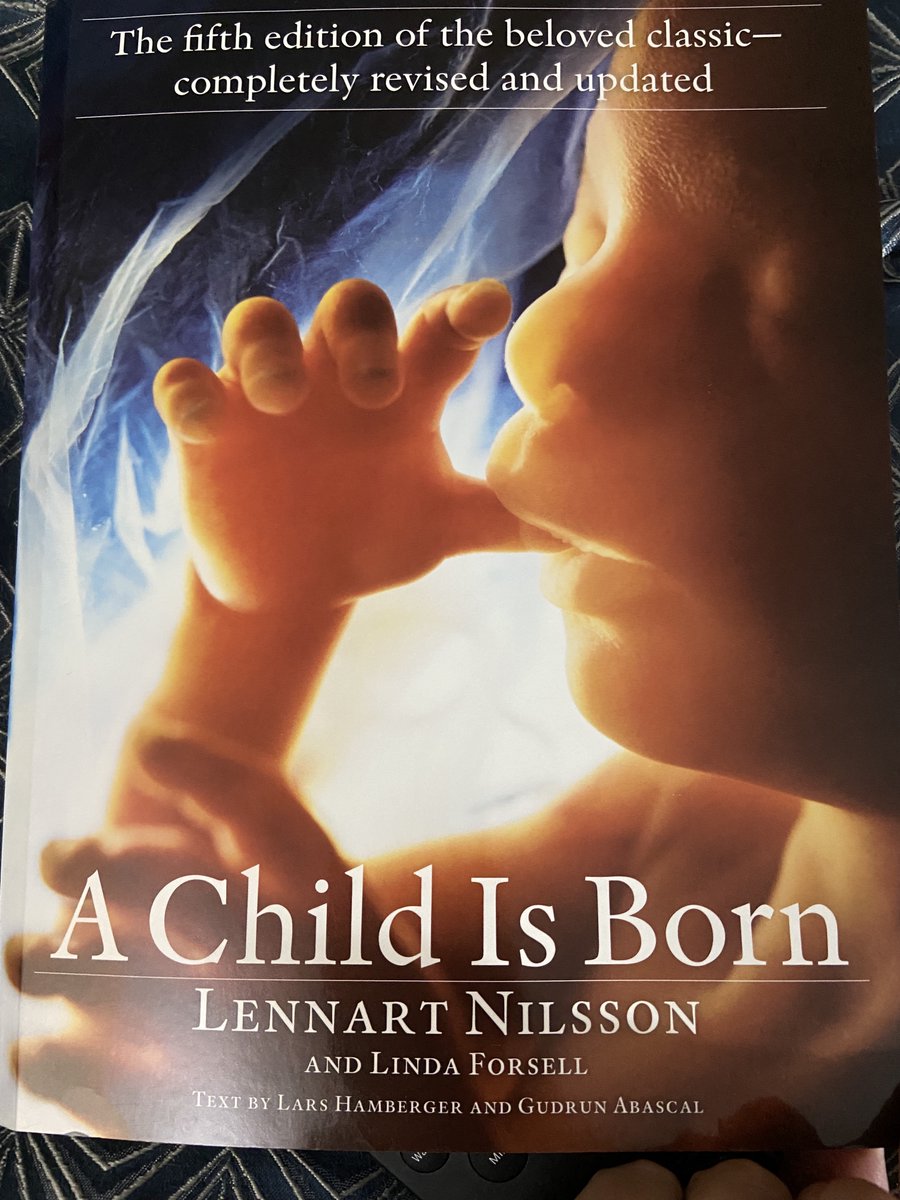 In ACIB, not every photo is week-specific, e.g. the first photo in this thread is from a section about human development in weeks 6-8. I tried my best to use a variety of photos to represent development truthfully.
By 2TM fetuses are already preparing for the next generation! 13/ 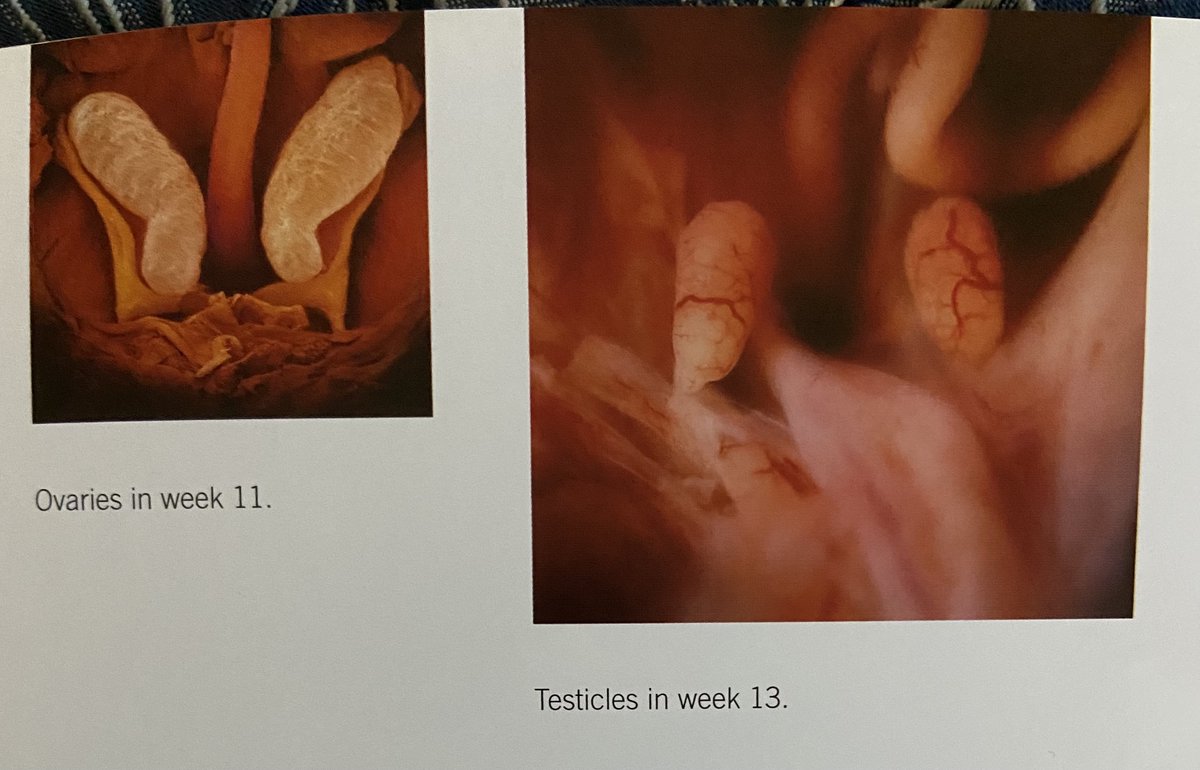 While these photos are awe-inspiring, informative, and helpful, the question remains: If we don’t see something, does that make it less real?
More specifically, does the size, location, or visibility of a human make it any less human?
The answer to both is: of course not! 14/ 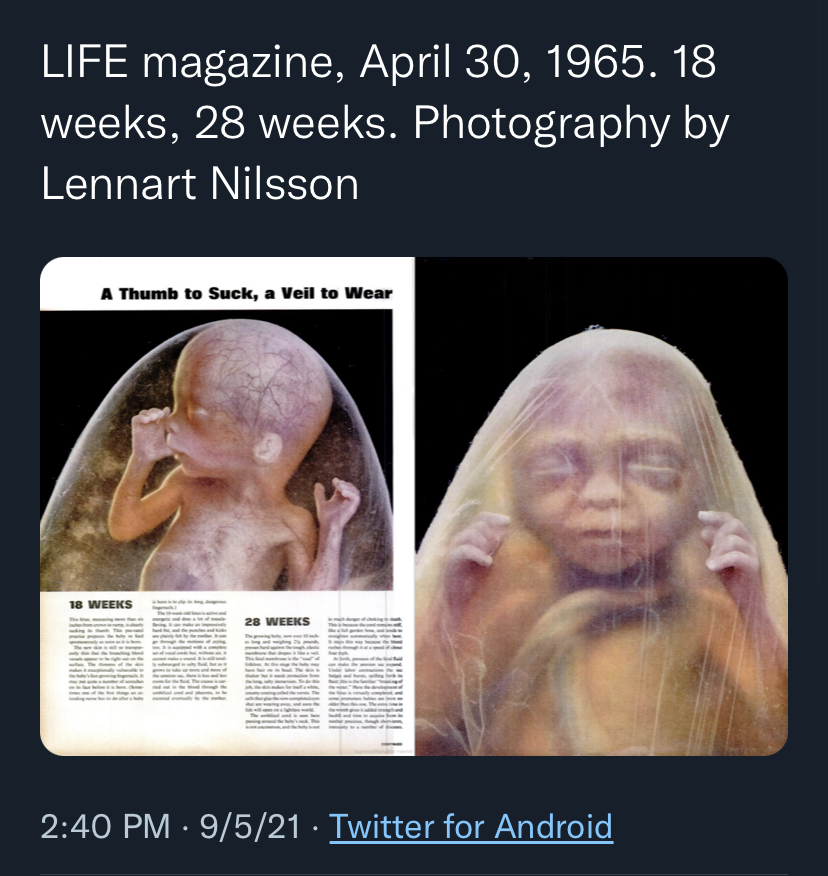 What I hope this thread illustrates is that
regardless of how big the embryo is or which day the heart begins to beat or which week we can count 10 tiny toes
human development in the womb is rapid, continuous, extraordinary and alive
whether we can see it or not!
26 wks👇🏼15/15 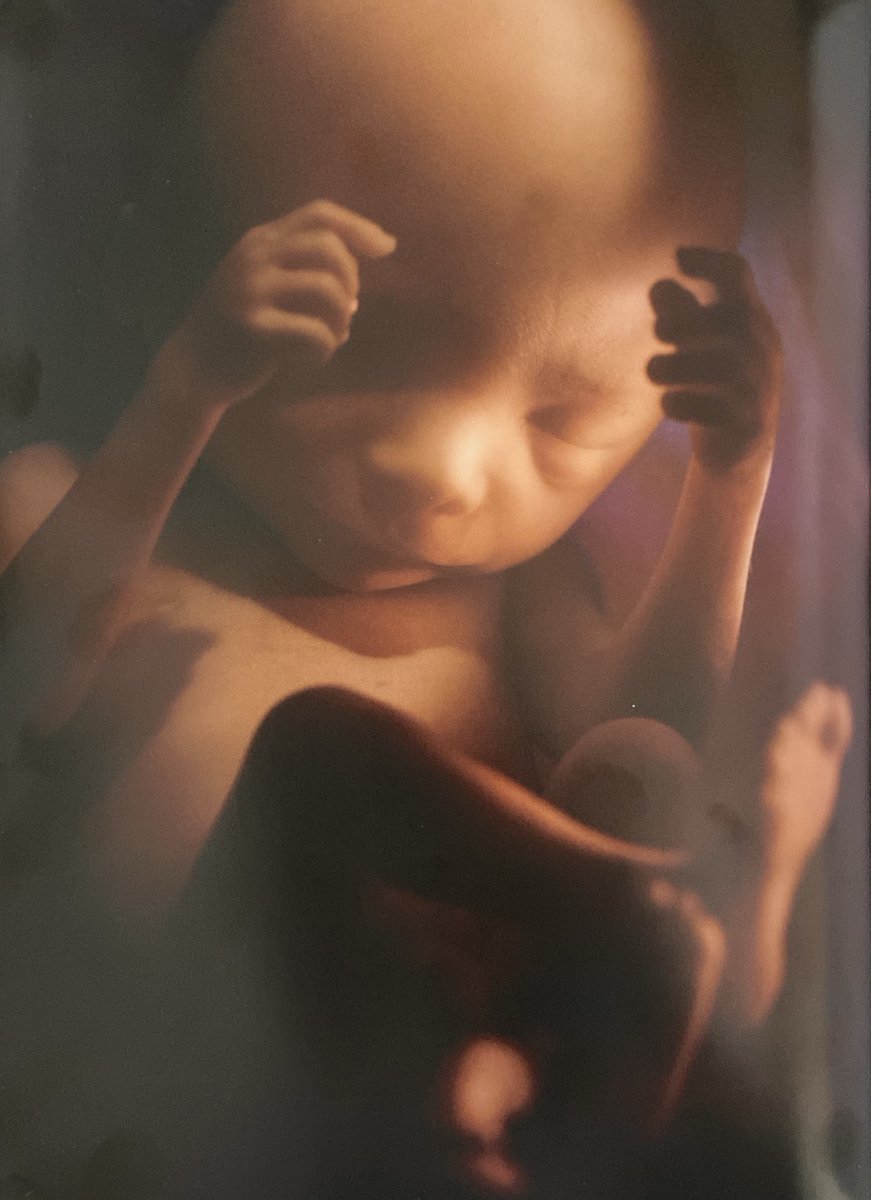 This entry was posted in Abortion, Social Media. Bookmark the permalink.