The left is “not amused”. 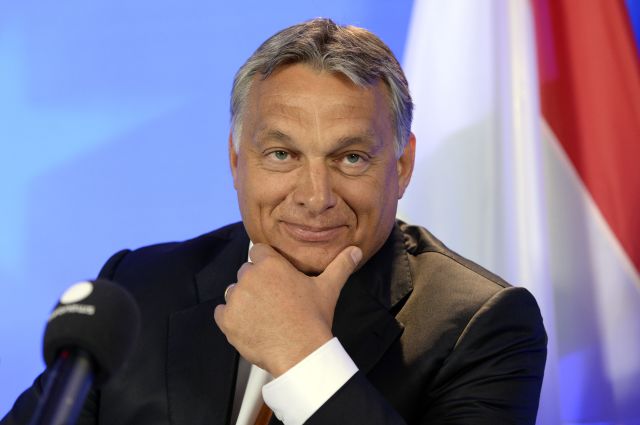 Viktor Orbán has won a fourth successive term as Hungary’s prime minister, capping a campaign dominated by his controversial stance on Russia’s invasion of Ukraine with a speech that appeared to mock Volodymyr Zelenskiy, the Ukrainian leader.

Ecstatic chants of “Viktor, Viktor” greeted Orbán as he addressed supporters of his Fidesz party outside its election headquarters on the banks of the Danube in Budapest as results made the scale of his victory apparent.

With nearly 86% of the vote counted on Sunday night, Fidesz was on course to increase its parliamentary majority by winning 135 seats in the 199-member parliament, crushing a six-party opposition bloc that united to form a common front aimed at unseating Orbán.

“The entire world can see that our brand of Christian democratic, conservative, patriotic politics has won,” a smiling, swaggering Orbán – with members of his cabinet behind him – told the crowd, standing in frigid temperatures. “We are sending Europe a message that this is not the past – this is the future.” [. . .]

“This victory is one to remember, maybe even for the rest of our lives, because we had the biggest [range of opponents to] overpower. The left at home, the international left, the bureaucrats in Brussels, the money of the Soros empire, the international media and even the Ukrainian president in the end,” he said to laughter from the crowd.

Some coverage from other than the political left from last year (The American Conservative):

Who Is Viktor Orban, Really?

It is no secret that my time this late spring and summer in Hungary has made me a fan of the country. Whenever I’m online, or traveling abroad (as I have done a bit this summer, promoting my book), and I hear someone bashing the country or its government, I ask them what they know about Hungary, and how they know it. Inevitably it’s based entirely on what they’ve heard in their media.

So I invite them to come to Hungary with an open mind to see for themselves (when Covid is over, I mean; you still can’t travel here as a tourist). There is plenty for liberals to criticize about the Orban government, but I’ve found that much of the criticism from both liberals and conservatives is based on a seriously distorted idea of what this country is like, and what its government does. [. . .]

I quoted him at length because nobody in the Western media ever does. They just villainize him, and his country.

One more time, let me be as clear as I can be here: Viktor Orban is not a saint, but a statesman and a politician. He is not a liberal secular globalist, but a conservative Christian nationalist. It is perfectly fine to criticize him, his political beliefs, and his performance (e.g., his controversial opening towards China, building a university campus here that will almost certainly be a Beijing espionage center). The point is, you should know what you’re criticizing, and don’t simply assume that the US and Western European media have informed you fairly and accurately about what’s really happening in Hungary.

I know you regular readers must be tired of me writing in defense of Orban and Hungary, but dammit, I have grown fond of this country, and I feel compelled to stand up for it when it is slandered.