Radical Dems will do ANYTHING to ‘win’

Power is everything to the leftists. This is just one of the recent shenanigans they have come up with, as explained by Jonathan Turley. Turley still considers himself to be a Democrat, but I wonder how much longer he will continue to identify with that party. 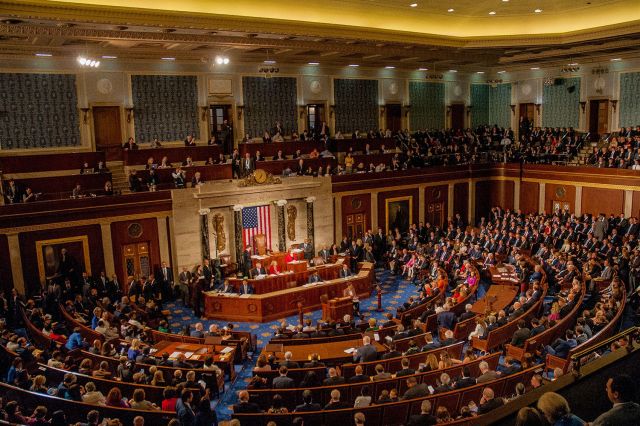 The latest idea is to disqualify certain members of Congress (none are Dems, of course) from running for reelection in 2022 or 2024. As Turley points out, this is something that was done in Iran, and which was criticized by Biden and his cronies. Now, it seems, they want to adopt the tactic. He explains in this piece, Destroying a Democracy to Save it: Democrats Call for the Disqualification of Dozens of Republican Members:

Below is my column in the Hill on the continued calls to disqualify Republican members of Congress to prevent them from running for reelection. What is maddening is that Democratic groups and commentators are seeking to remove as many as 120 Republicans from the ballots in the name of democracy. It is like burning books in the name of literacy. Yet, on this anniversary of the January 6th riot, members of Congress and Democratic groups want to block voters from reelecting their preferred representatives. Like villages in Vietnam, it appears that some members and activists believe that you have to destroy democracy to save it from itself.

Electoral disqualification systems are generally anathema to democratic values, but some in the United States are now toying with the idea for the 2022 or 2024 elections. While more modest than the Iranian model, the Democratic calls for disqualification are just as dangerous. What is most maddening is that this anti-democratic effort is cloaked in democratic doublespeak.

This week, Democratic lawyer Marc Elias predicted that 2022 would bring a renewed interest in disqualifying Republican members from office based on an obscure Civil War-era provision. Elias — the former Hilary Clinton campaign general counsel — is a well-known figure in Washington who has been prominently featured in the ongoing investigation of Special Counsel John Durham. Elias has founded a self-described “pro-democracy” group that challenges Republican voting laws and pledges to “shape our elections and democratic institutions for years to come.”

In the age of rage, nothing says democracy like preventing people from running for office.

Elias and others are suggesting that — rather than defeat Republicans at the polls — Democrats in Congress could disqualify the Republicans for supporting or encouraging the Jan. 6 “insurrection.” Last year, Democratic members called for the disqualification of dozens of Republicans. One, Rep. Bill Pascrell (D-N.J.) demanded the disqualification of the 120 House Republicans — including House Minority Leader Kevin McCarthy(R-Calif.) — for simply signing a “Friend of the Court brief” (or amicus brief) in support of an election challenge from Texas.

These members and activists have latched upon the long-dormant provision in Section 3 of the 14th Amendment — the “disqualification clause” — which was written after the 39th Congress convened in December 1865 and many members were shocked to see Alexander Stephens, the Confederate vice president, waiting to take a seat with an array of other former Confederate senators and military officers.

More importantly, even if you adopt a dangerously broad definition of “insurrection” or “rebellion,” members of Congress who supported challenging the electoral votes (as Democrats have done in prior years) were exercising constitutionally protected speech.

Moreover, the Democrats cannot simply use their razor-thin majority to disqualify opponents willy-nilly. Punishments like expulsions take two-thirds votes, and any disqualifications can be challenged in the court.

Indeed, not long after ratification in 1869, Chief Justice Salmon P. Chase ruled in a circuit opinion that the clause was not self-executing. He suggested that allowing Congress to simply bar political opponents from office would be a form of punishment without due process and would likely violate the prohibition on bills of attainder.

To me, this is a most interesting statement:

A recent poll showed that one in three Americans believes that violence against the government can be justified. It often seems like some want to trigger an actual rebellion by disenfranchising parts of our population. The fact is that there are people who traffic and profit in rage, and we are all the poorer for it.

That is about the same percentage of people who supported the American Revolution in the 1770’s.

Let’s also not forget that these same leftist Dems called THIS a protest: 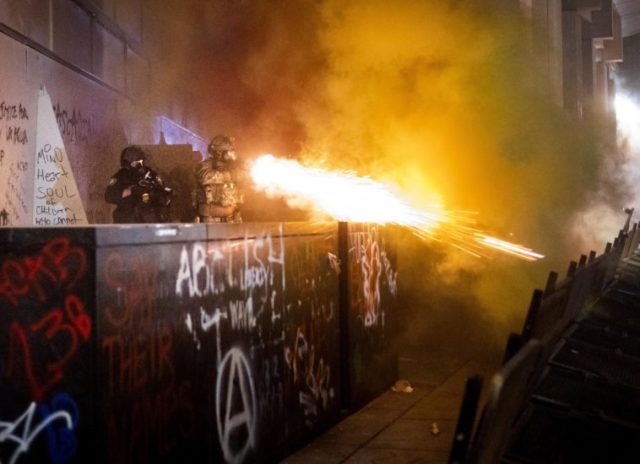 And people like Kamala Harris were raising funds to bail out the criminals.

This entry was posted in Biden Corruption, Free Speech, Government. Bookmark the permalink.

1 Response to Radical Dems will do ANYTHING to ‘win’