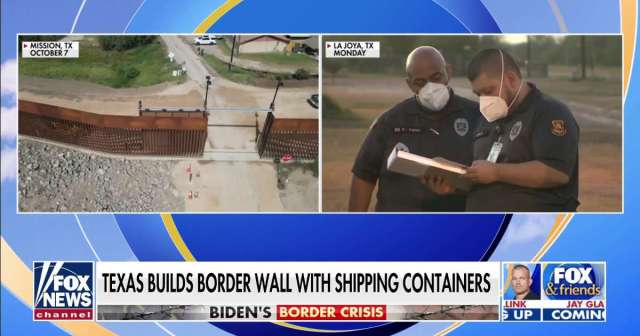 Texas is filling gaps in the border wall with repurposed shipping containers, creating their own makeshift border wall.

In an interview on Thursday, Texas Rep. Troy Nehls (R) praised the undertaking, saying that Gov. Greg Abbott (R-Texas) has found a resourceful way to curb the approaching caravan. He said they’re strategically placing the containers to channel migrants into areas where more police and Border Patrol agents are available.

“It’s a tool that the governor is using to try to help slow down, curb this invasion, this invasion that we’re seeing at our southern border,” said Nehls.

There is a total of 1,250 miles of border in Texas. Nehls said it’s a lot of area to cover, but Texas is doing the federal government’s job for them because they refuse to do it on their own.

This entry was posted in Border Crisis, Illegal Immigration. Bookmark the permalink.