Spain had just agreed to extradite him to the United States on tax evasion charges. 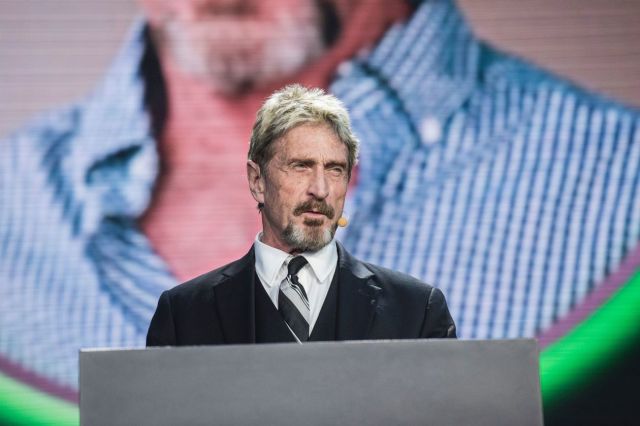 Antivirus software tycoon John McAfee died by an apparent suicide in a Spanish jail cell Wednesday evening — hours after reports surfaced that he would be extradited to face federal charges in the U.S., according to local media.

The eccentric tech entrepreneur was arrested in October and was awaiting extradition when he was found dead, police sources reportedly told the newspaper El País.

The Spanish newspaper reported that McAfee was pulled from his cell in Barcelona and that police are investigating the circumstances around his death.

The US believes I have hidden crypto. I wish I did but it has dissolved through the many hands of Team McAfee (your belief is not required), and my remaining assets are all seized. My friends evaporated through fear of association.

Yet, I regret nothing.

In a democracy, power is given not taken.

But it is still power.

Love, compassion, caring have no use for it. But it is fuel for greed, hostility,  jealousy…

Take care which powers you allow a democracy to wield.

Getting subtle messages from U.S. officials saying, in effect: "We're coming for you McAfee! We're going to kill yourself". I got a tattoo today just in case. If I suicide myself, I didn't. I was whackd. Check my right arm.$WHACKD available only on https://t.co/HdSEYi9krq🙂 pic.twitter.com/rJ0Vi2Hpjj

This entry was posted in Government, News. Bookmark the permalink.