Remembering What is Difficult To Remember – Holocaust Remembrance Day

This is a repeat post, in honor of International Holocaust Remembrance Day.

One day at a blog most of us know well, we were visited by someone who wrote,

I would encourage those who believe anything negative about Hitler to please have an open mind and do some further study.  We are lied to about almost everything these days.  Carolyn Yeager is a good source for this topic.

Today is a day to remember – and to remind others – the horrors that were carried out by people who, at first glance, looked like you and me. 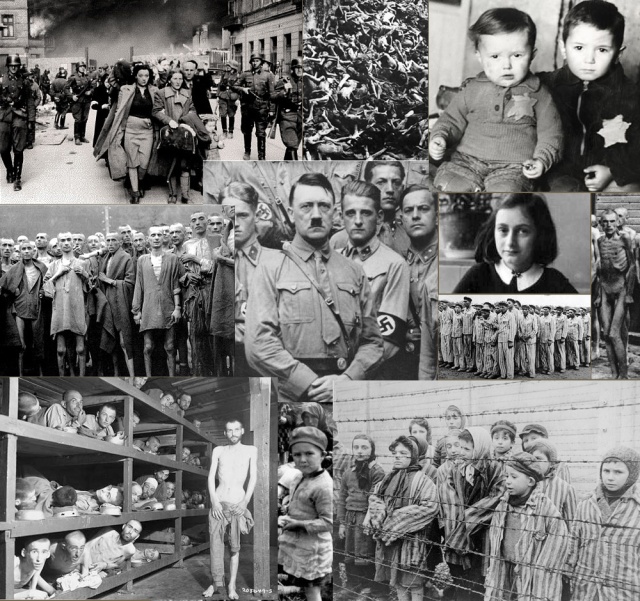 The Holocaust happened, and it could happen again.  There are many times in history when the mass killing of human beings took place as a result of political upheaval.  Genocide is the organized destruction of all or a significant part of a racial, ethnic, religious or national group. Well-known examples of genocide include the Holocaust, the Armenian genocide, the Bosnian genocide and, more recently, the Rwandan genocide.

Today, however, we are talking about the Holocaust brought about by the Nazis of Germany, and their supporters in Germany and other countries, during the period preceding and during WWII.  In the case of the Holocaust, it was mainly Jews who were vilified, marginalized, and murdered, although other political opponents, and other groups, such as Polish Catholics and gypsies, were also put into ghettos and concentration camps, where they were starved, subjected to hard forced labor, and where they died or were murdered.

While wandering the Innertubes, I happened upon many, many, videos showing film footage taken during WWII, particularly film taken by American troops at the time of the invasion of Germany and Poland at the end of the war.  There are those, like our visitor, who have been convinced that this Holocaust was a hoax (that’s what they call it).  For the rest of us, I offer this film which describes the history in Europe that culminated in Hitler’s Germany, and what happened during WWII.  It is called The Path to Nazi Genocide.

Here is video of film taken by the United States Army during the closing months of WWII:

These films were made to document what was found, and shown in theaters across the United States so that our citizens were made witness to the evil deeds committed in the name of German National Socialism.

If you have interest in this topic, another good source for information is the website of The United States Holocaust Memorial Museum.

This must NEVER happen again.

This entry was posted in History, Uncategorized. Bookmark the permalink.