On Thursday, the Justice Department announced it has dropped its case against General Michael Flynn. The decision to abandon the criminal prosecution of President Donald Trump’s first national security adviser reportedly followed “newly discovered and disclosed information” regarding the case. 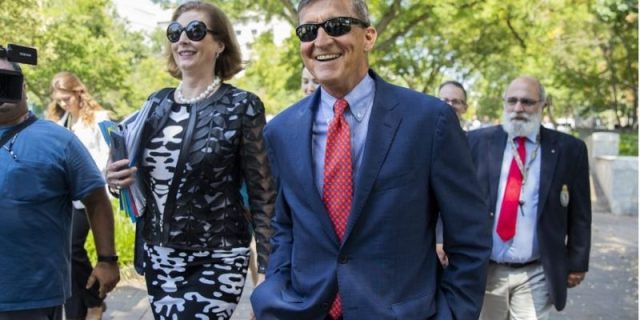 According to the agency, after reviewing all the facts and circumstances surround the case, it concluded the 2017 interview between the FBI and Flynn was unjustified. The department added it was conducted without any legitimate investigative basis.

This came after U.S. attorney Jeff Jensen recommended the DOJ drop the case against Flynn.

“Through the course of my review of General Flynn’s case, I concluded the proper and just course was to dismiss the case,” stated Jensen. “I briefed Attorney General Barr on my findings, advised him on these conclusions, and he agreed.”

Lead prosecutor Brandon Van Grack also withdrew from the case just before this news came down.

[My Note] Most news sources, such as the AP, Reuters and The Washington Post, are emphasizing that General Flynn plead guilty to lying under oath, and that the DOJ’s decision is a “stunning reversal”. It’s not really a stunning reversal, since the FBI coerced the Flynn guilty plea by threatening General Flynn’s son, but they don’t mention that, or the fact that he withdrew his plea. They also don’t mention the recently discovered documents that indicate FBI misconduct in the case.

General Flynn will be suing his initial law firm, Covington & Burling, for judicial misconduct. He may also be suing the Department of Justice.