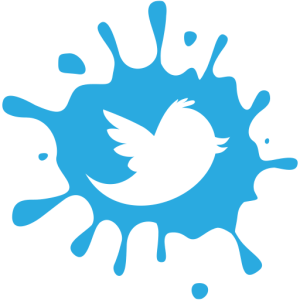 There’s no question that he lied. What we don’t know is why he isn’t being charged – at least not now.

Not for lack of lies: “To throw the scent off himself after carefully arranging the leak, McCabe dressed down the FBI’s two premier field offices, knowing they were completely innocent, and then pretended for months that he knew nothing about the leak.” https://t.co/cGv1ostdLZ

Can’t wait to see you there this afternoon, Mr. President!

This is nuts – but funny.

Trump does both of those jobs. Just saying. https://t.co/Q8MH3Yb6Ww

The way I look at it is that we know already that most of them ARE liberal and biased. Might as well get it out there in the open.

I am really thrown off by seeing Sam Donaldson — my former boss @ABC — doing a political ad. This hurts all working reporters who are trying to prove to the public they aren't all liberal and biased. https://t.co/bBs6HneALJ

I would feel the same. I only had one small school loan, but it never occurred to me that I shouldn’t pay it off.

Some of my college friends have $90k+ in student loans they don’t pay in lieu of vacations to Cabo, Airbnbs in the mountains every weekend, new clothes, looking hip on Instagram

Then there’s me, doing due diligence

So if student loan forgiveness happens I’ll be prettyyyy upset

“But the Bloomberg campaign quickly tamped down that report but fell short of denying it outright.”

To: Mike Bloomberg: Before you put Hillary on your ticket, better hire a taster

That’s one way of describing it.

A Bloomberg-Bernie war would be a war for the ages. A Trump-Bloomberg war would be Trump engaging in dwarf-tossing, which is prohibited in many places.

I wonder if the government would really withdraw funds. I hope so.

California has ONE WEEK to stop discriminating against pro-life Californians or it risks losing critical federal funds.

They still have time to change course, and I hope they make the right decision. pic.twitter.com/pobhQFabcr

I think I just threw up 🤮 pic.twitter.com/hZ2giBe3yU

Morning prayer
Lord help us to constantly seek the light of Your truth, to shun the lies of convenience, the lure of the quick fix , the enticement of unworthy profit, the temptation to go along with the in crowd headed in the wrong direction
And the truth shall set you free