Rush Limbaugh: What a Week! I’m One of the Luckiest People Alive

I promised I would provide you with a link to a transcript of Rush’s show today where he is talking about his trip to Washington for the State of the Union Address, and the presentation of the Presidential Medal of Freedom. A podcast of some (not all) of today’s show is below.

… Despite living in the public eye, I really am a private person for just a host of reasons, most of which that’s just who I am. I want whatever I’m known for to speak for itself during these three hours and some other things. I’m not interested in being in the news all the time, for whatever reason. Of course, I can’t help it, I am in the news all the time. But it’s not something I seek.

Nevertheless, it has been one of the biggest blessings — you know, I understand now what Lou Gehrig, when he was diagnosed with ALS in the 1930s, he’s announcing his retirement. This is after he has been the Iron Man, played in all these consecutive games, the record wasn’t broken until Cal Ripken Jr. came along.

He’s standing at home plate at Yankee Stadium, and he said, after having announced, the world knew, that he had ALS, everybody knew what it was, that it was fatal and there was no chance of recovery, and there still isn’t, by the way. And Lou Gehrig said, “Today I consider myself the luckiest man on earth.” I’ve seen that black and white film replayed numerous times in my life.

And don’t misunderstand, I know he meant it. But the first two or three times I heard it I had trouble processing. How in the world can anybody feel lucky after having been told that you have a disease from which there is no recovery and that it’s fast? And there was a part of me that said, “Okay. This is something that famous people are supposed to say. He’s been very successful in life. He was uniquely talented to play baseball and all that.” And I thought, “Okay. Clearly there is a portion of Lou Gehrig that thinks he has to say this.”

And now I know that’s all wrong. Now I know that there was nothing forced or phony or public-relations-related about it because I feel the same way. I cannot thank all of the people that I have heard from since Monday, and they are still getting a hold of me. There are people I had no idea they knew how to get a hold of me. And the sentiments, the thoughts they’re expressing are just incredibly nice and supportive.

And to have this kind of support and to know it, to be fully aware of it, yeah, it does make me one of the luckiest people alive. I’m trying to respond to everybody. I haven’t even made a dent in it. I haven’t had a whole lot of time to, but I’m going to try. Some people have written three or four times.

Now, I know many of you want to know the story of the State of the Union address on Tuesday night and how that all happened, and someday I hope to be able to tell you the entire story. I can’t tell you the entire story now without divulging medical details that I, frankly, don’t want to give. I don’t want to give people an opportunity to start investigating and writing about and pronouncing opinions and this kind of thing. People know enough about what I have.

Podcast of some of today’s show: 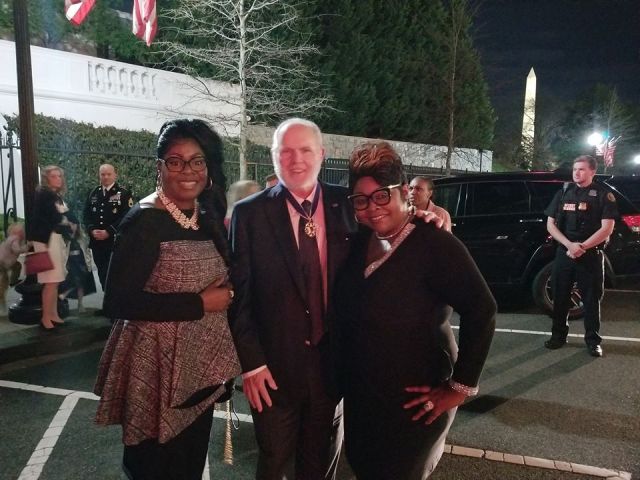 6 Responses to Rush Limbaugh: What a Week! I’m One of the Luckiest People Alive